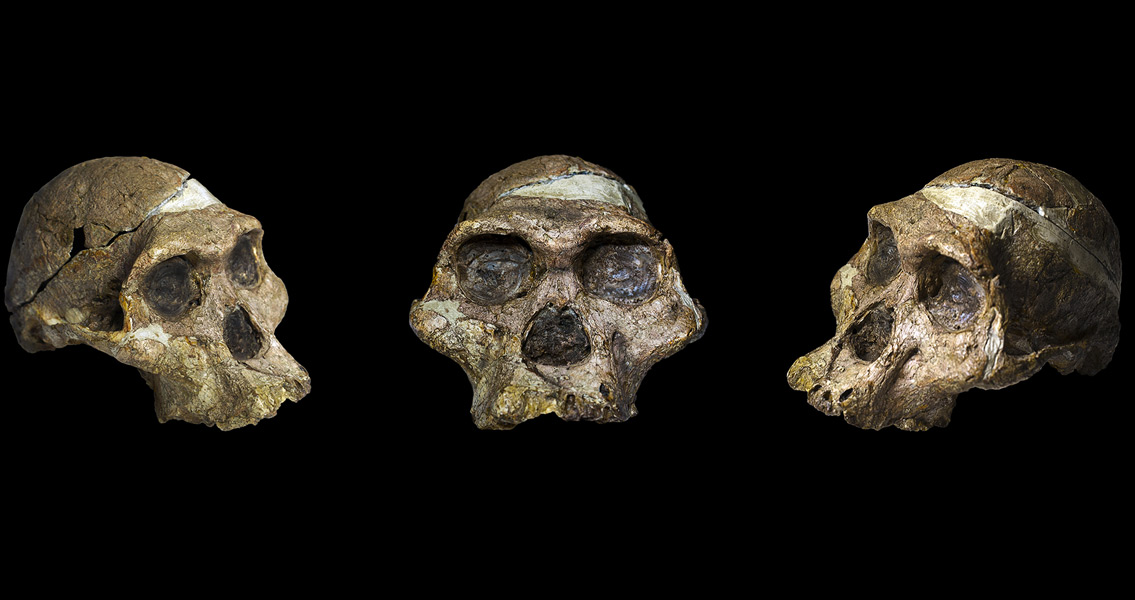 Australopithecus, first discovered 21 years ago in a cave in Sterkfontein, central Africa, is around 3.67 million years old. This makes the skeleton, nicknamed ‘Little Foot’ due to the diminutive size of its bones, one of the oldest ever found. This new date for Little Foot means that it is an older relative of Lucy, a famous 3.2 million year old Australopithecus skeleton found in Ethiopia. Australopithecus evolved in Africa about 4 million years ago before spreading across the continent, eventually becoming extinct soon after 2 million years ago. It is believed that Australopithecus is an evolutionary ancestor of modern humans, and that the genus Homo derived from Australopithecus sometime after 3 million years ago. These early hominins showed the presence of the duplicated SRGAP2 gene responsible for causing increased length and ability of the neurons in the brain. The discovery of Little Foot has a long history. In 1994, the first four footbones were found in a box of animal fossils. Three years later, the position of the end of Little Foot’s shin bone was found in a deep deposit of the Sterkfontein caves, known as Member 2, in the Silberberg Grotto. Excavations at the Silberberg Grotto were particularly difficult. Concrete-like deposits combined with the fragile and scattered nature of the bones to sow the seeds of a long and arduous excavation. It was not until 2010 that the whole skeleton had been exposed. The Sterkfontein area has been internationally famous since the 1930s, when key hominid and paleontological discoveries were made there. No direct dating of deposits, however, have been made without significant controversy. Little Foot, especially, has had a large amount of confusion surrounding its age. In 1999, palaeomagnetic dating of flowstones suggested an age of 3.3 million years. In 2003, cosmogenic nuclide burial dating of the sediments containing the fossilised skeleton proposed it was closer to 4 million years old. Later uranium-lead dating techniques indicated the age of Little Foot to be 2.2 million years old. These major discrepancies surrounding the skeleton have meant its significance has not been understood, until now. Published in this week’s issue of Nature, a collaborative study has precisely dated Little Foot to be 3.67 ± 0.16 million years old. This collaboration between Darryl E. Granger and Ryan J. Gibbon, amongst others, represents the first precise dating for Little Foot. It was made possible by two major technological advances. The first major development was using an ‘isochron’ method. An isochron uses multiple samples from the same site to check that all assumptions are correct; whether the sediment has been reworked, for example. Secondly, the team developed a gas-filled-magnet at Purdue University’s PRIME Lab. This gas-filled-magnet allows for a much better measurement of samples, meaning more precise burial dating. The new research reveals the cutting-edge of anthropological research. It allows us to more precisely map the development of early hominins and, by extension, our own species. Image courtesy of Wikimedia Commons user: Archaeodontosaurus For more information: www.nature.com]]>