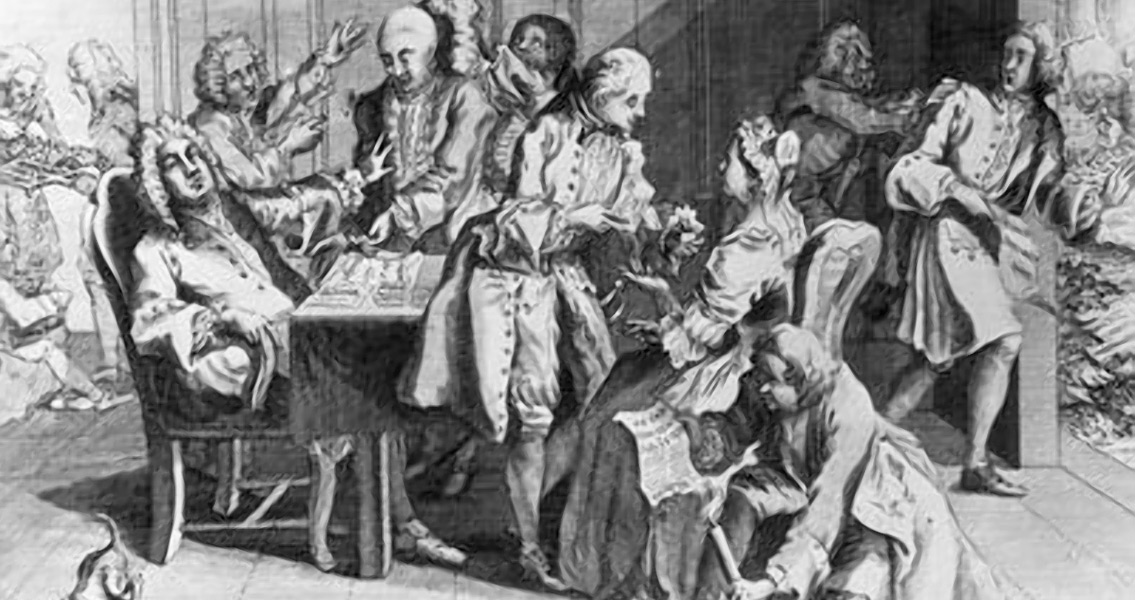 The War of Jenkins' Ear

Rebecca was apparently stopped and boarded by a crew of Spanish coast guards led by Captain Juan de Leon Fandino. The coast guards pillaged the ship, attacked the crew, and ultimately set it adrift. Most shockingly, Jenkins claimed that the Spanish crew had tied him up and cut off his ear. At the time tensions were high between Britain and Spain as they competed for influence and control over the New World. Britain sought to expand its trade in the Americas, and its sailors carried out illicit trade in Spanish territories. Both Spanish and British crews frequently launched raids on the other’s ships, making trade in the Caribbean increasingly expensive and risky. As well as competing over the high seas however, Britain and Spain also found themselves in dispute over claims to land on the North American continent. In the preceding century the two countries had found themselves at war with each other on a number of occasions, as they competed to assert their imperial dominance. Jenkins survived the ordeal and set sail for England with the severed, pickled ear. News of the attack enraged the British public, and Jenkins was supposedly called before the House of Commons (with the severed ear) in 1738, to testify about his ordeal. When asked how he had responded to the assault, Jenkins famously claimed “I commended my soul to God and my cause to my country.” Jenkins’ ear became a symbol for the outrage the British public increasingly felt towards what it perceived as Spanish belligerence on the high seas. Holding Spain accountable became a matter of national pride, and the demand for war grew. Just as significantly, British Prime Minister Sir. Robert Walpole found himself increasingly under pressure from his opposition in Parliament, who used the actions of Spanish ships to paint a picture of a weak, powerless British government. In October 1739, the war started with a series of skirmishes between British and Spanish forces in the Caribbean. Ultimately, it was something of a stalemate, with neither side making significant gains. The real importance of the War of Jenkins’ Ear can be seen with hindsight, for the events it came to foreshadow. French support of Spain ultimately saw the conflict merge into the War of Austrian Succession, the eight year fight over the fate of the Hapsburg Empire following the death of the Holy Roman Emperor, Charles VI. France sought to cripple Austria, as a means to secure its position as the dominant power in mainland Europe. Britain wanted to prevent France becoming too powerful, as a means to secure its own economic well being, and thus came to the aid of Austria. Spain’s alliance with France means that the War of Jenkins’ Ear can be seen as part of a brewing conflict between groups of European powers over influence in both the Old World and the New. The war also symbolised a drastic change in the causes of conflict, at least for Britain. In 1909, Harold W. V. Temperley, a British historian, argued that the War of Jenkins’ Ear had been the first war Britain had fought in “which the trade interest absolutely predominated, in which the war was waged solely for balance of trade rather than for balance of power”. Starting a war over one man’s severed ear might seem feudalistic, if not fantastical, but in reality it symbolised the very modern concerns of securing access to trade and resources. Hysteria surrounding Jenkins’ Ear gave the war its name, but in reality the conflict was a manifestation of a series of defining themes from this period of history. ]]>