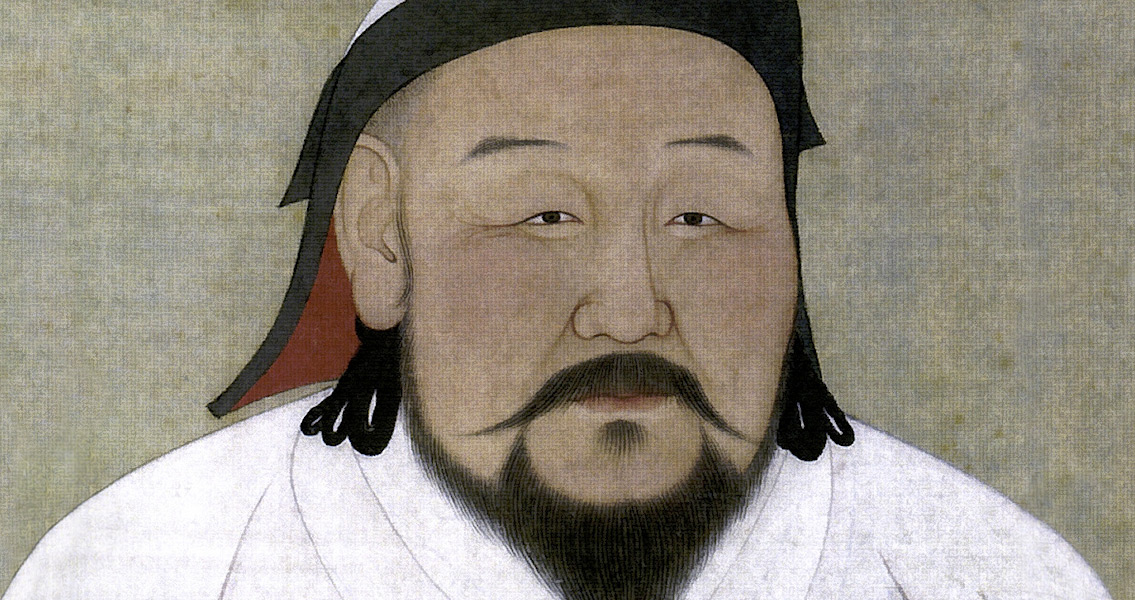 last Autumn during excavations 200 metres south of Takashima Island. The ship was lying around fifteen metres below the surface, with its bow pointing southward. The remains measure twelve metres long, and three metres across at their widest point. Archaeologists from the University of Ryukyus and the Maatsura Board of Education confirmed on the 2nd July that the shipwreck was indeed part of the Mongolian led invasion force of the thirteenth century. It is the second shipwreck that has been discovered from the Kublai Khan led attempt to invade Japan. Professor Yoshifumi Ikeda from the University of Ryukyus, the leader of the excavations, told the Asahi Tribune that his team had found three other ships at the Takashima Kozaki site which could have been part of the invasion force. The team have reached their conclusion based on a wealth of artefacts discovered in and around the shipwreck, and the structure and shape of the ship itself. Around twenty examples of Chinese ceramic wares, including a white porcelain bowl, a brown glaze pottery vase, roof tiles and iron ware, were found in the shipwreck. These have been dated to the twelfth and thirteenth century, which the archaeologists claim is proof the ship is from the Mongolian invasion. By 1274 Kublai Khan’s empire included most of what is modern day Asia, and he had declared himself emperor of China. In 2011, a team of archaeologists discovered and identified the only other confirmed shipwreck from the attempted Mongolian invasion, just off the coast of Nagasaki. Using ultrasound equipment they discovered the well preserved wreck three feet below the sea bed. 4,000 artefacts were unearthed from the site including cannonballs and stone anchors. Kublai Khan attempted to launch two invasions of Japan in the thirteenth century, at a time when the Mongolian Empire was expanding rapidly through Asia and Europe. Both invasions were prevented by ‘kamikaze’: massive typhoons which forced the Mongolians to abandon their attempts at expansion into Japan. The first invasion took place in 1274, when up to 900 ships landed at Japan’s Hakata bay. Heavily armed with weaponry superior to the Japanese, the Mongolian troops initially made substantial inroads into the country’s territory. The typhoon struck however, forcing them to return to their ships for shelter. Over night the storm intensified, destroying most of the invader’s ships and forcing the remainder to return to what is now Korea. In 1281 a second, much bigger invasion was launched comprised of two fleets, one containing 900 ships, the other 3,500. Improved Japanese sea defences held up the Khan’s forces, holding off the massive invasion. The second typhoon struck, sinking 80% of the fleet and drowning a huge section of Khan’s warriors. Those troops who did make it onto the Japanese mainland were quickly killed by an army of Samurai. Historians speculate that the second invasion was so cataclysmic for the Khan because the preparation had been rushed. Desperate to conquer Japan, a fleet of ships had been hastily assembled, many of which were simply inadequate for the journey across the sea. The archaeologists working at the Takashima Kozaki site hope that the information gleaned from the recently identified shipwreck can be used as a starting point to identify other ships in the region. “We have successfully confirmed the two ships from the Mongolian invasion, and further research on them is expected to lead to the discovery of even more sunken Mongolian ships,” Ikeda told the Asahi tribune. Image by Anige of Nepal – an astronomer, engineer, painter and confidant of Kublai Khan ]]>