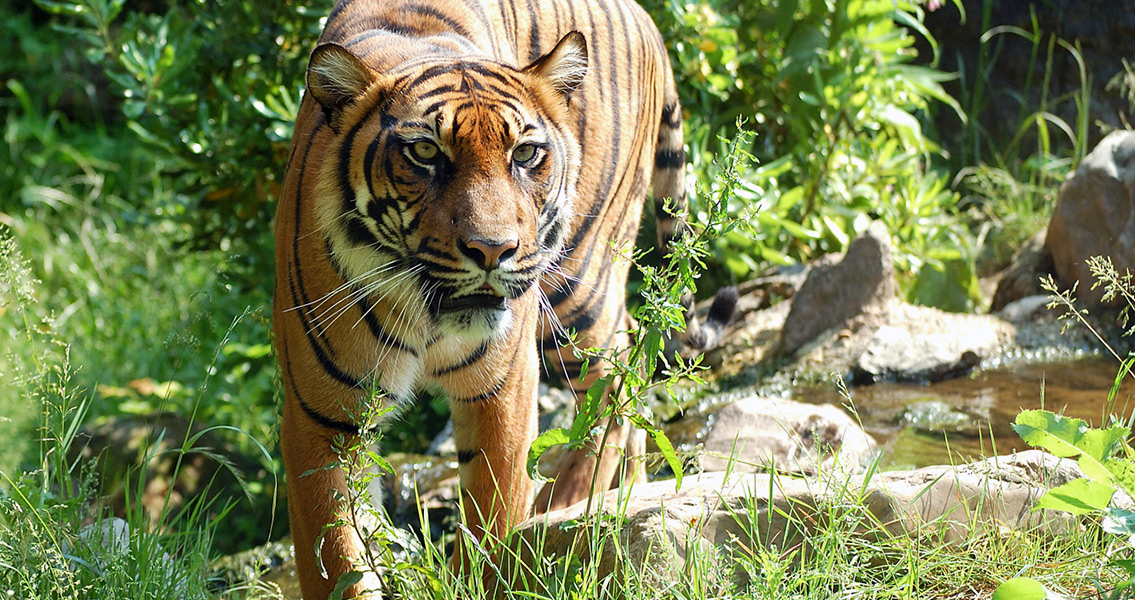 Tiger Hunting Strategy As Old As Tigers Themselves

Leptobos brevicornis, a large, now extinct bovine weighing up to 300 kilos, with pointed horns. On the fossil there are three traces of sharp teeth, one even piercing the almost 8-cm bone clean through. At first, Li said, speaking to the South China Morning Post, he thought the hole in the bone came from a missing tooth of the bovine but closer inspection showed that it had the full set of teeth on its lower jaw. The researcher was also able to establish that the traces were not caused by anything else but a predator’s teeth. Using teeth samples from large cats that are known to have lived in the area around the time tigers emerged as a species, including a sample from a tiger ancestor, the Panthera palaeosiensis, Li determined that the hole in the mandible must have come from such an animal. According to Li’s mentor, Deng Tao, researcher at the Laboratory of Vertebrate Evolution and Human Origins, this could be the only fossil of a tiger bite. Based on the location of the bite marks, Li came to the conclusion that tigers’ hunting strategy has been the same for the last two million years. “This is like playing the Hunger Games for more than two million years without bothering to change the strategy,” he told the South China Morning Post. Such a consistency is truly remarkable and perhaps proof of the strategy’s efficiency. Modern tigers are the largest member of the feline family but they tend to hunt prey that is larger than themselves. In order to be able to quickly subdue its victim, a tiger targets the head and neck, a strategy well documented by feline researchers. However, it has only been documented for modern representatives of the tiger family, and fossil records tend to be scarce, notes Deng, as they are so far only available for hyenas and bears. As to whether the bite of that ancient tiger was instantly lethal, Li and Deng cannot say with certainty. It is possible that the bovine lived for a while after the attack but not long, as the bite marks showed no signs of healing. Now the fossil will be subjected to further examination aiming to determine, among other things, the force of the bite. This could be inferred from the cracks inside the bone, but has so far proven impossible to do using CT scanning because of the sheer size of the fossil. Image courtesy of Wikimedia Commons user: Dick Mudde]]>