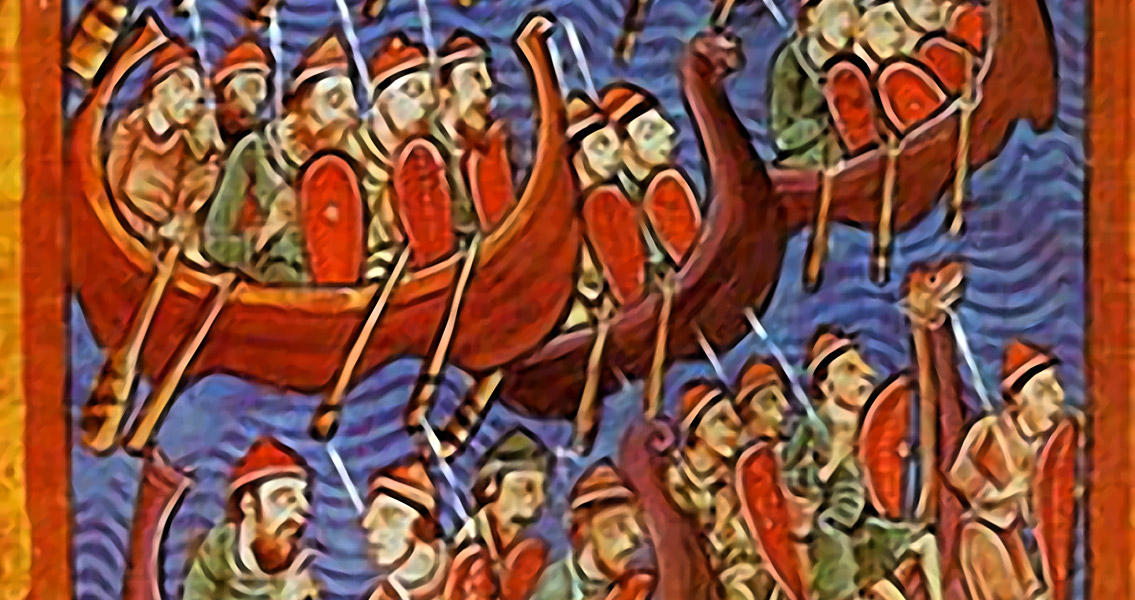 ScienceNordic News that he had never seen anything like the circular buckle before. After documenting his find, he sent several photographs to Else Resdahl, Professor Emeritus of Denmark’s Aarhus University – only to discover that his colleague had never seen anything like it before either. The quest to identify the artifact intensified, with several other colleagues collaborating to narrow down the origins of the buckle to the British Isles based on its design and its ornamentation. Additionally, the researchers involved in the study of the disc unanimously agreed that it had not begun life as a petticoat buckle; instead it was likely pried off a religious wooden box and then stolen in a Viking raid. Stidsing pointed out that such objects simply weren’t traded, meaning that some church or monastery – possibly a pre-Christian one – was looted through good old-fashioned plunder. The bronze ornament itself has been dated to approximately 800 CE; the grave, in comparison, is about a century younger. There’s no way to determine how this particular piece of Viking plunder made it to western Denmark. However, Stidsing theorizes that it might have first arrived on Norwegian shores, based on a few uncommon examples of similar buckles within the country. A woman from Norway could have traveled to Denmark and lived there until her death, the archaeologist suggested. In order to test his theory, the teeth of the deceased buckle owner are being subjected to strontium isotope analysis; this could help to pinpoint her geographical region of origin. With Norwegian Vikings being notorious for raiding parties sent to regions of England such as Northumberland and even farther afield, it’s a distinct possibility that Stidsing will turn out to be correct. Museum Southeast Denmark curator and fellow archaeologist Jens Ulriksen, also interviewed by ScienceNordic, agreed that such belt buckles are exceedingly rare when it comes to being found in Denmark. Ulriksen was excited by the prospect of discovering evidence of the woman being originally from Norway or from even greater distances before settling in western Denmark, adding that there’s a historical precedent: Slavic princesses, for example, were routinely married off to Danish kings from 900 CE. The archaeologist added that he wouldn’t be surprised if there was such a cultural exchange, but having it confirmed would be invaluable – especially if it led to the confirmation of dynastic connections across Scandinavia. Additionally, being able to confirm the origins of the woman as Norwegian could aid researchers in understanding the extent of Viking mobility during the medieval era. The research study associated with the new archaeological find has been published by the University of Copenhagen’s Saxo Institute. Images of the artefact can be found here]]>