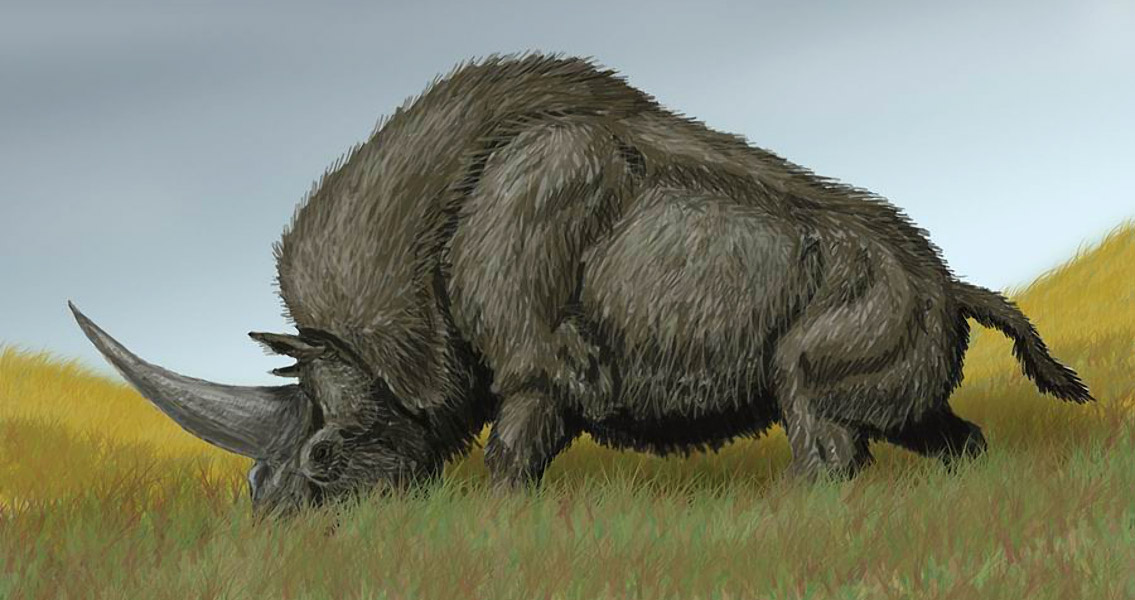 E. sibiricum, which was as big as a mammoth and was believed to have had a large horn on its forehead. The horn may have been used for defense – driving away competitors, attracting mates, digging for plant and water roots, and sweeping snow away from grass in the winter. Elasmotheres were herbivores, like all rhinoceroses. Unlike others however, its high-crowned molars were constantly growing and it had longer legs than those found on other rhinos, which had been adapted for galloping, giving it a gait similar to that of a horse. Presumed to have died off around 350,000 years ago the Elasmotherium rhinoceros roamed the vast territory between the Don River and east of what is now modern Kazakhstan. Residual Elasmotherium findings in Pavlodar Irtysh indicate a significant period of habitation by these rhinos in the southeast region of the West Siberian Plain. The researchers are now planning to complete mass radiocarbon studies of other mammalian remains which have previously been presumed to have gone extinct between 50,000 and 100,000 years ago. “Our research makes adjustments in the understanding of the environmental conditions in the geologic time in general. Understanding of the past allows us to make more accurate predictions about natural processes in the near future—it also concerns climate change,” Shpanski said in the American Journal of Applied Science ]]>