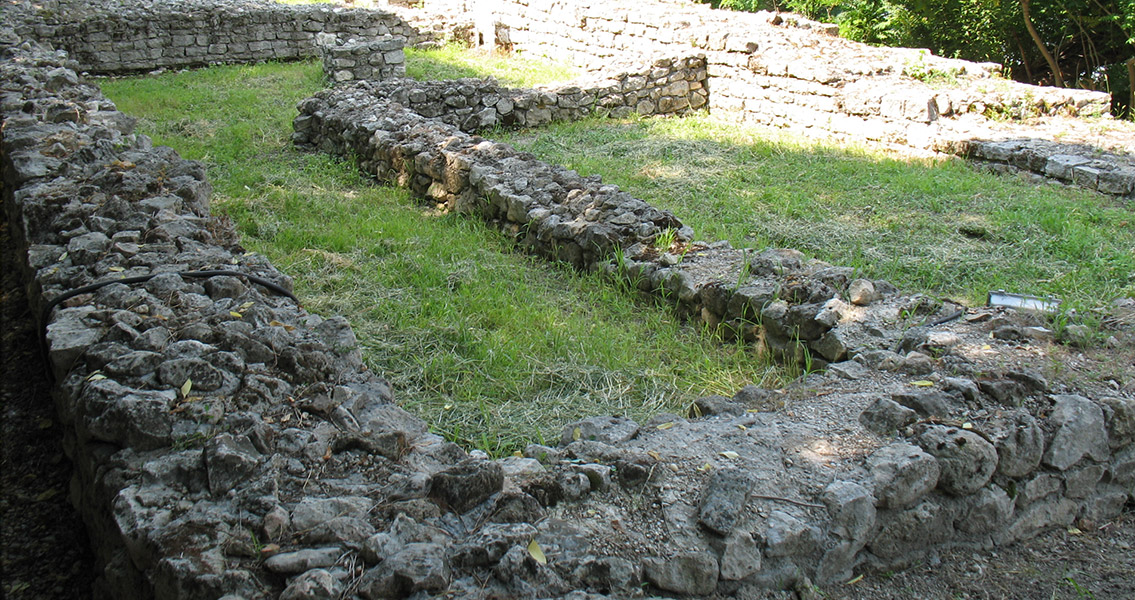 Archaeology in Bulgaria website. Sexaginta Prista, which translates to “port of the sixty ships” in Latin, was a major city within Moesia Inferior, the Late Antiquity province that bordered on so-called “barbarian” regions along the Lower Danube. The fortress city itself was one of several frontier fortifications known as the Limes Moesiae, designed to keep these barbarian forces at bay; the 20-meter long fragment of wall most recently discovered, which would have been part of the southern wall of the ancient Roman city, has been dated back to the fourth century CE. The importance of the find was reinforced in a press release from the museum. The museum stated that the remarkably high levels of preservation had made it possible to compare the Sexaginta Prista fortification system to other cities in the surrounding regions over the past several years. These other finds include the ancient Roman cities of Trimamium and Iatrus, the museum added. In addition to the wall – an invaluable find in and of itself – museum archaeologists also found coins and ceramic vessels that span the centuries between Late Antiquity and the eleventh century CE, otherwise known as the Early Middle Ages. Discoveries include coins from the Early Byzantine and Late Roman periods as well as later pottery fragments that have been dated to well after the transformation of Sexanginta Prista to the settlement that would one day become known as Ruse. Additionally, evidence of coins dating to the fifteenth through the nineteenth centuries, the time of the Ottoman Empire, have also been discovered. All told, some 300 coins, all from varying historical periods, have been excavated during the effort to study the ancient Roman wall fragment. Meanwhile, the dig itself was a historic event. The rescue excavations were noteworthy in that they marked the first time in the history of Ruse that an archaeological dig had occurred on private property. At the same time, the Roman roots of the Bulgarian city aren’t even the true beginning of the story of Ruse. Sexaginta Prista itself, which existed in the northwestern region of modern Ruse alongside the Danube, was erected on the ruins of an ancient Thracian settlement thought to date back to as early as the third century BCE. ]]>