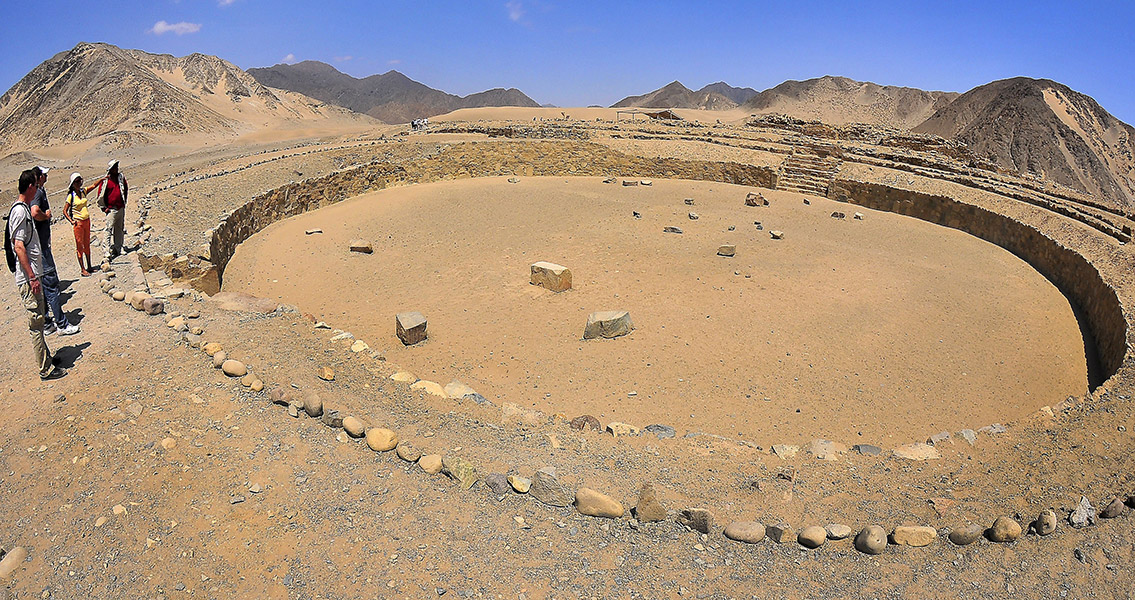 Andina news agency that the diverse and valuable items the woman was buried with (broaches with animal carvings, a seashell necklace, and a Spondylus pendant) were indicative of her high social status. The items were also suggestive of possible trading between the coastal town of Aspero and the larger inland city of Caral. Radiocarbon analysis dated the mummy to around 2,500 BCE, the same time people of the region started building pyramids, but didn’t offer any information concerning the manner of the woman’s death. Scientists do know that human sacrifice was a rare occurrence within the Caral civilization. The location and method of her burial in addition to the objects found with her also hint at a form of gender equality that allowed both men and women to achieve a higher level of social status and leadership roles. Even though ancient Americans were raising pyramids and building cities at approximately the same time the Egyptians were building the monuments at Giza, much less is known about the ancient people of northern Peru, the Norte Chico as they’re known. Caral has a total of six huge platform mounds (also known as pyramids) as well as several sunken circular courts and giant hive-like buildings archeologists believe served as homes. All of the findings at Caral point towards a complex society capable of undertaking large city projects. The nature and origin of this region of ancient America however, has long been a point of contention between archeologists, with one camp believing that the inland cities grew out of coastal fishing settlements similar to Aspero, while the other camp theorizes that coastal societies originated from inland settlements. While there’s no evidence connecting the 30 or so smaller settlements in the region to a central power, there’s also no evidence to the contrary. Aspero and Caral, along with the region’s other settlements, are known as the Norte Chico civilization, a pre-Columbian culture dating back to between approximately 3,500 BCE and 1,800 BCE. Considered to be the oldest known civilization in the Americas, the Norte Chico civilization thrived throughout the valleys of three rivers; the Patvilca, the Fortaleza and the Supe. Archaeologists have known about the ancient sites scattered across the area since the 1940s at least; archaeological work first took place at Aspero as early as 1905. The most impressive Norte Chico achievement was its massive architecture, which included the large earthen mounds and circular plazas mentioned above. In archaeological terms Norte Chico was a pre-ceramic society during the pre-Columbian Late Archaic; it had no visual art and absolutely no ceramics, just simple carved broaches and seashell necklaces. ]]>