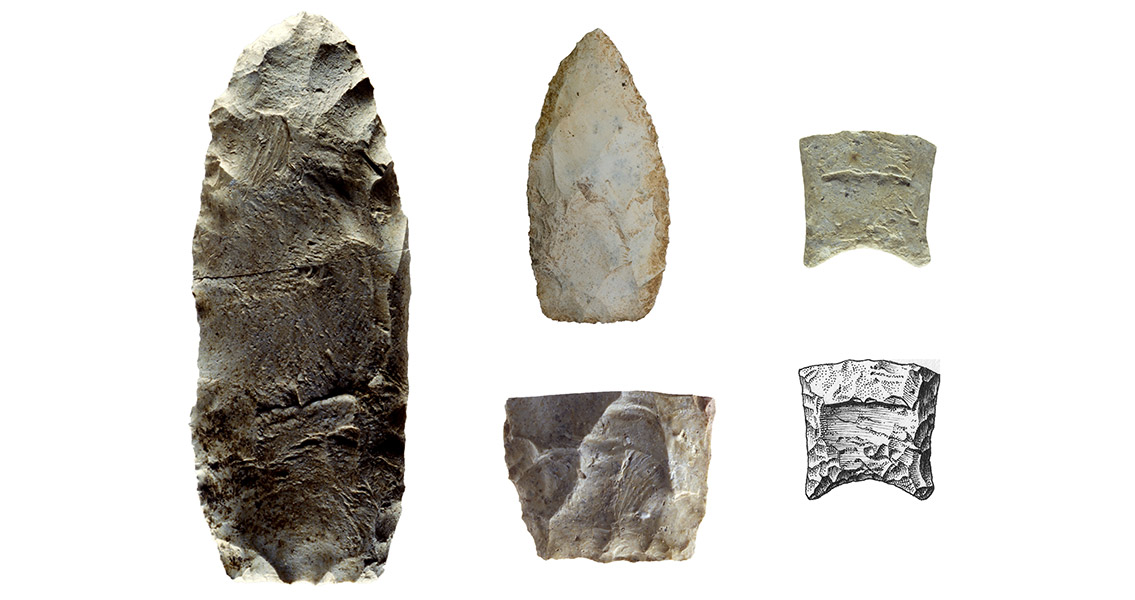 Posted By: Ginger.Peraleson: May 29, 2016In: Breaking NewsNo Comments
Print Email

The Post and Courier in Charleston, adding, “I have no doubt that this will be a hotly debated topic for some time, as paradigm shifts often take a while to gain acceptance, but the evidence appears to be solid.” It all started with a chert chopper (also known as the Topper Chopper) – a piece of rock with the face of a blade hammered out of it, that was discovered in the early 1990s by Al Goodyear, who has since retired from the S.C. Institute of Archaeology and Anthropology at the University of South Carolina. The pieces were relatively small, as were the blades cut into them, suggesting they may have been used to carve ornaments from ivory, bone, and antler. They were dug up from soil sediments deeper than the Clovis tools which date humans in North America back to between 12,000 and 13,000 years ago. Critics argue whether or not the stone tools were actually pre-Clovis and whether or not the stone pieces had actually been hammered by humans or split apart by nature. Recent analysis of Goodyear’s artifacts has ascertained they could not have occurred naturally. The dispute is still ongoing in certain quarters, and now the team has gone even deeper and found even earlier evidence of humans. Since the 1930s, it’s been widely accepted that the first humans to inhabit North America were the Clovis people, who appeared around 13,500 years ago. Artifacts from the Clovis culture are found across most of the United States and as far as Panama to the south. This theory has seen challenges in recent decades following the discovery and dating of pre-Clovis sites in Texas (Buttermilk Creek) and Virginia (Cactus Hill). The research team is currently organizing the findings to be published for peer-review. Image courtesy of the University of South Carolina]]>