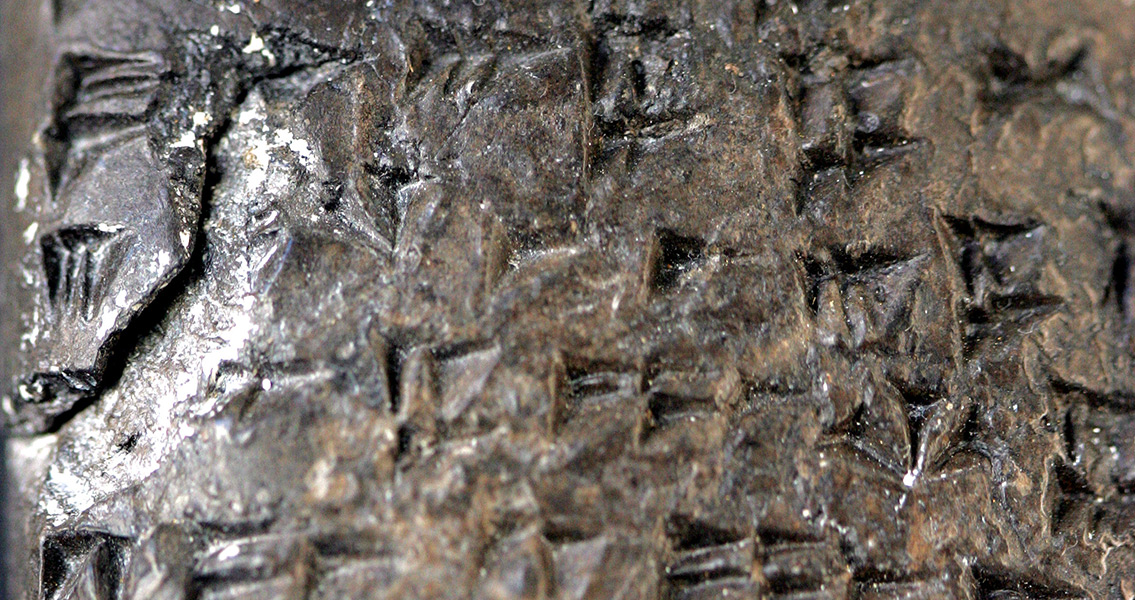 YouTube video, the University of London’s Dr. Richard Dumbrill confirmed the age and origin of the 29 tablets, remarking that all were dated to around 1,400 BCE and were penned in the Hurrian language, most certainly written by Akkadians. Today, all 29 tablets are on display in The National Museum in Damascus – far to the south of their original location, the royal palace of Ugarit – the ruins of which are located along the northern reaches of the Mediterranean coast of Syria. Nikkal, whose name means “Great Lady and Fruitful”, would also come to be worshiped by the Canaanites and the Phoenicians. Her feast day was likely in late summer, when fruit-bearing trees would have been harvested; it is likely then that Akkadian musicians would have raised their lyres in praise to the goddess. She was also worshipped by the Sumerians, where she was known by the name Ningal. After studying tablet H6, Professor Anne Draffkorn Kilmer developed an interpretation of the song in 1972. According to an article in the Daily Mail, the University of California emeritus professor of Assyriology and curator of Berkeley’s Lowie Museum of Anthropology was able to match the top part of the tablet, which contained the lyrics to the hymn, to the number of notes indicated on the bottom half, which were musical notations that acted as instructions for playing the hymn. While the approach Prof. Kilmer used didn’t produce a single note melody but instead harmonies, the notation numbers on the bottom of the tablet matched the number of syllables on the top. The chances of this happening unintentionally, according to the professor, are incredibly unlikely. The Daily Mail also interviewed musician and composer Michael Levy, who specializes in researching ancient musical instruments. Levy recorded a performance of the hymn – also available on YouTube. He told the Daily Mail that the H6 tablet is the oldest nearly complete example of an actual melody discovered to date. Levy remarked that as the expression of emotion through sound, music likely predates the use of language in prehistoric humans. As the oldest known example of actual written music, dating to around 3,400 years in the past, The Hurrian Hymn is unique in its ability to be interpreted and performed in the modern day, the musician added. To hear Levy’s performance, visit Youtube Image courtesy of Wikimedia Commons user: Rama]]>