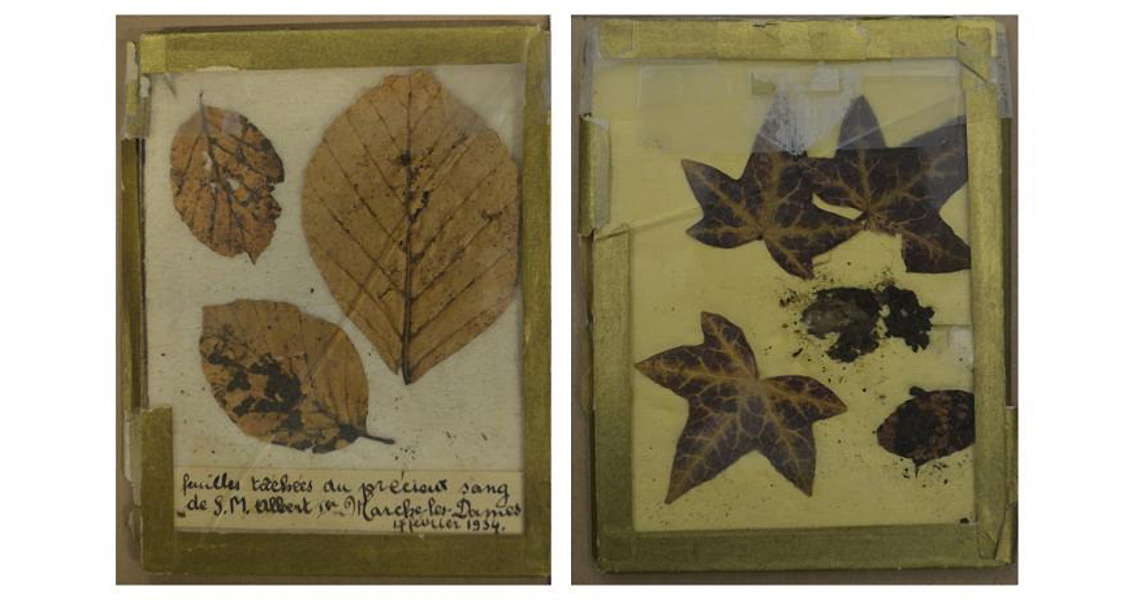 Royalty, bought one such relic: blood stained tree leaves, determined to find out once and for all if they were truly covered in the monarch’s blood. In 2014, Professor Dieter Deforce from the University of Gent carried out tests confirming the blood was human. From there, Larmuseau and his team commenced DNA analysis to confirm whether the blood did indeed belong to King Albert I. “King Simeon II of Saxe-Coburg and Gotha, the last tsar and former prime minister of Bulgaria who is related to Albert I on his father’s side, and Anna Maria Freifrau von Haxthausen, a German baroness who is related to Albert I on her mother’s side, were willing to cooperate. They gave up DNA samples that we compared with the DNA of the trails of blood. We found that the blood is indeed that of Albert I.” said Larmuseau, in a press release from KU Leuven. “The authenticity of the trails of blood confirms the official account of the death of Albert I. The story that the dead body of the king has never been in Marche-les-Dames or was only placed there at night has now become very improbable. Furthermore, the results show that conducting a perfect legal investigation at the time was impossible right from the start, because souvenir hunters had disturbed the scene.” Larmuseau continued. Born in April 1875, King Albert succeeded to the throne in 1909. His popularity came from his refusal to allow German troops free passage through Belgium in 1914, and his personal leadership of the Belgian army during the First World War. Following the armistice, his reign was considered crucial in securing Belgium’s post war recovery. For more information: www.fsigenetics.com Image courtesy of © KU Leuven – Maarten Larmuseau ]]>