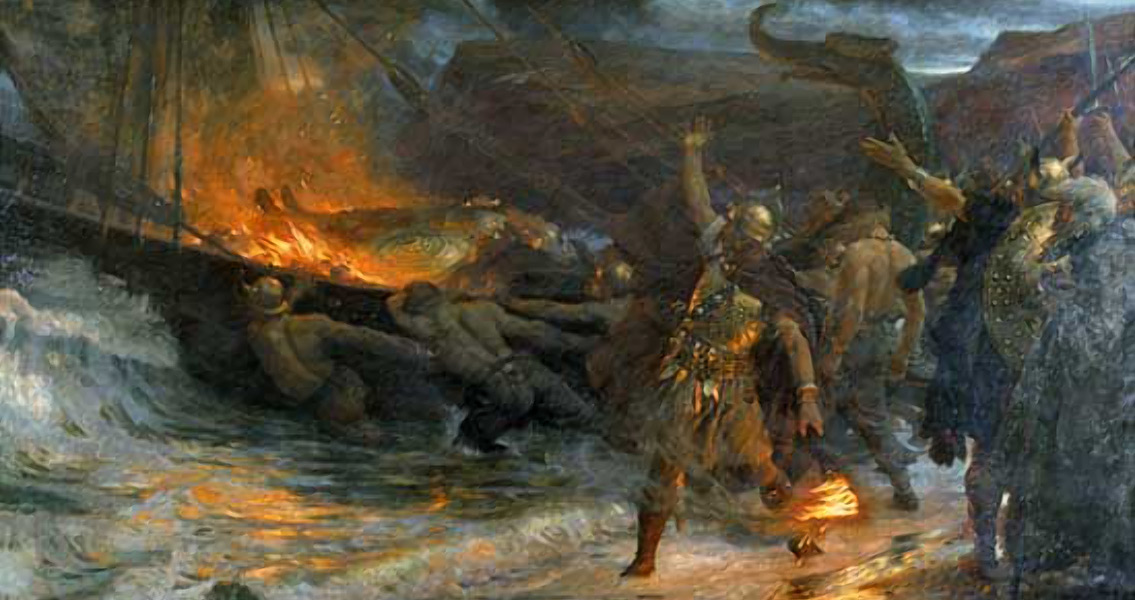 News Corp Australia, Kirsten Nelleman Nielsen, the leader of the excavation, says that the axe is exceedingly large, and would have been the kind of weapon that would have struck fear into the hearts of the wielder’s enemies. Known as the “Dane Axe”, the weapon would have been analogous in the Viking Age to the machine gun of the modern era, the researcher added. The weapon was likely not a ceremonial one, as it is simple and without adornment. Additionally, as it was the only object buried with the man, it is likely to have been a prized possession in life, leading Nielsen and his team to surmise that the tomb contains the remains of a warrior. Nielsen said the find was more than a little extraordinary, as this particular axe is much larger and heavier than other axes found in similar graves. The handle of the weapon would have been very long, requiring the use of both hands to wield effectively. Originally discovered in 2012, the multi-roomed dødehuse was stumbled upon during the construction of a highway in the district of Harup; the timber structure measures 13 meters by 4 meters and is part of an extensive burial ground. Within were found a trio of graves, which have all been dated to 950 CE. The front of the tomb held a man and a woman, seemingly buried together, while the back was the final resting place of the axe-wielding warrior. The couple seem to have been highborn or otherwise people of import, as their grave goods were sourced from across Europe. According to University of Copenhagen, Denmark archaeologist Henriette Lyngstrøm, silver coins originating from ancient Afghanistan and ceramics from the Baltic point to an international reach. Additionally, the female was found with a set of keys, thought to have been symbolic of her power, and the two were found within a wagon that is thought to have been used by Danes of noble birth during the time they were alive. The man, perhaps her husband, was found with a more modestly-sized battle axe. Nielsen remarked that finding a male and a female buried together in such pomp and circumstance is noteworthy, as it explodes the myth of the male-dominated nature of Viking society by affording equal status between the two. ]]>