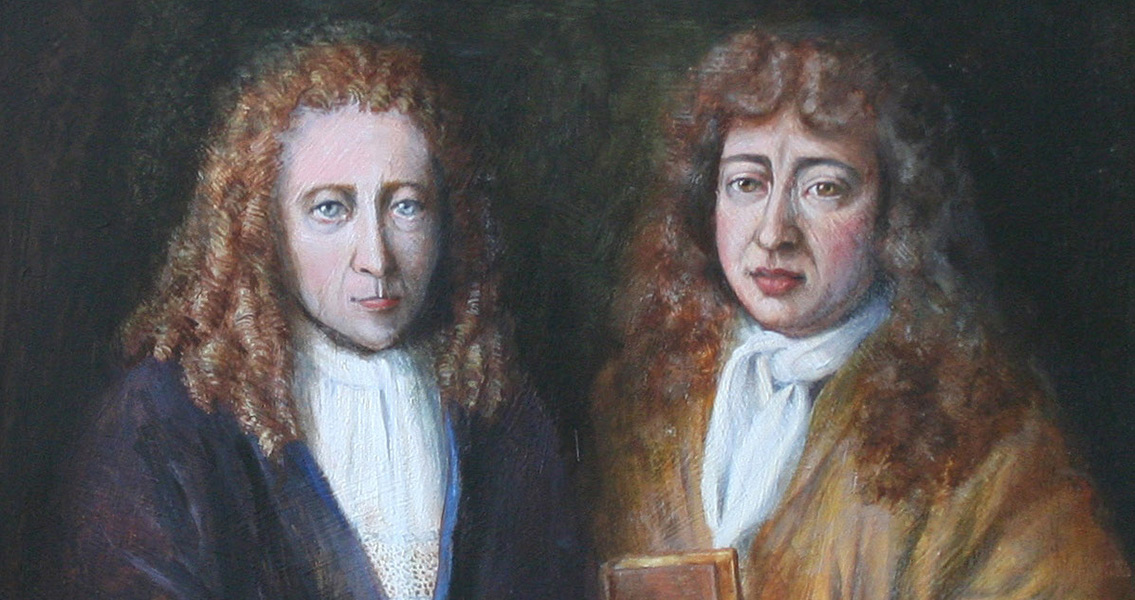 Robert Hooke and the Wrath of Isaac Newton

His pioneering work with microscopes led to his famous engraving of a fly’s eye. Just as remarkably, his early studies of petrified wood and other fossils made him one of the first to realise they were remains of once living things – a fact so well known now it seems obvious, but revolutionary at the time. How did a man involved in so much innovation, slip into obscurity? It is not as if Hooke was unappreciated in his own time. His book, Micrographia, was a bestseller, inspiring interest in the use of microscopes. He was a longtime president of the Royal Society, showing the regard in which his scientific work was held. However, he also had a powerful rival: Sir Isaac Newton. The two clashed bitterly in attempts to forge reputations as the greatest scientific minds of their age. In life this battle may have been a close run thing, but through history Newton became the undisputed winner. The first signs of conflict between these two massive egos came in 1672, when Newton submitted his first paper to the Royal Society. In the work, Newton claimed light was a particle, contradicting Hooke’s own ideas on the matter. A number of scientists launched attacks on Newton’s paper and methodology, but Hooke’s were the most scathing and his position at the Royal Society meant they also carried the most humiliating weight for Newton. Correspondence between the two became increasingly acrimonious; a major rivalry had started. This simmering tension exploded when Newton published his Principia in 1687, containing his Law of Universal Gravitation. Newton wasn’t the first to postulate about a force holding celestial bodies in place, it was an idea the scientific community had been moving towards for years. Hooke was one of the key figures behind it in the 1670s, suggesting the planets were attracted to the Sun, and that this force of attraction got stronger the closer the objects were together. Crucially, Newton was the first to create rigorous mathematical proof for the idea, but Hooke was convinced Principia would have been impossible if he hadn’t first postulated about the attraction between celestial bodies. A bitter dispute unfolded, Hooke trying to gain credit for his influence, Newton denying it (with the exception of a cursory mention in the third volume of Principia). In part, Hooke was a victim of his own approach: a polymath forming brilliant ideas in a variety of different fields but seldom creating the in depth, rigid proofs needed to back them up. An innovator who often failed to solidify his theories into something tangible and timeless, allowing his contributions to be overshadowed. In 1703 Hooke died, with some medical historians suggesting he suffered from diabetes in his later years. Newton became his successor as the president of the Royal Society, and some say he went to great efforts to tarnish his predecessor’s reputation. The only portrait of Hooke was removed from the Royal Society during Newton’s presidency. It has been suggested this was because he’d ordered it destroyed, or intentionally left it behind when the society moved buildings. As Newton’s reputation grew, Hooke’s deteriorated: a narrative forming that he was a bitter scientist unjustifiably trying to take credit from the work of others. As Newton’s influence continued to extend through the centuries, Hooke’s legacy seemed ever more vindictive, pathetic and jealous. Newton wasn’t the only scientist of the era to come into conflict with Robert Hooke, there are various accounts of his frequent arguments with others regarding credit for ideas. Sometimes Hooke was justified in his anger, sometimes not. Most of the time it is impossible to say due to a lack of evidence. Undoubtedly this was a dark side to his personality, but surely it should not be allowed to overshadow the brilliant contributions he made to the world of science.]]>