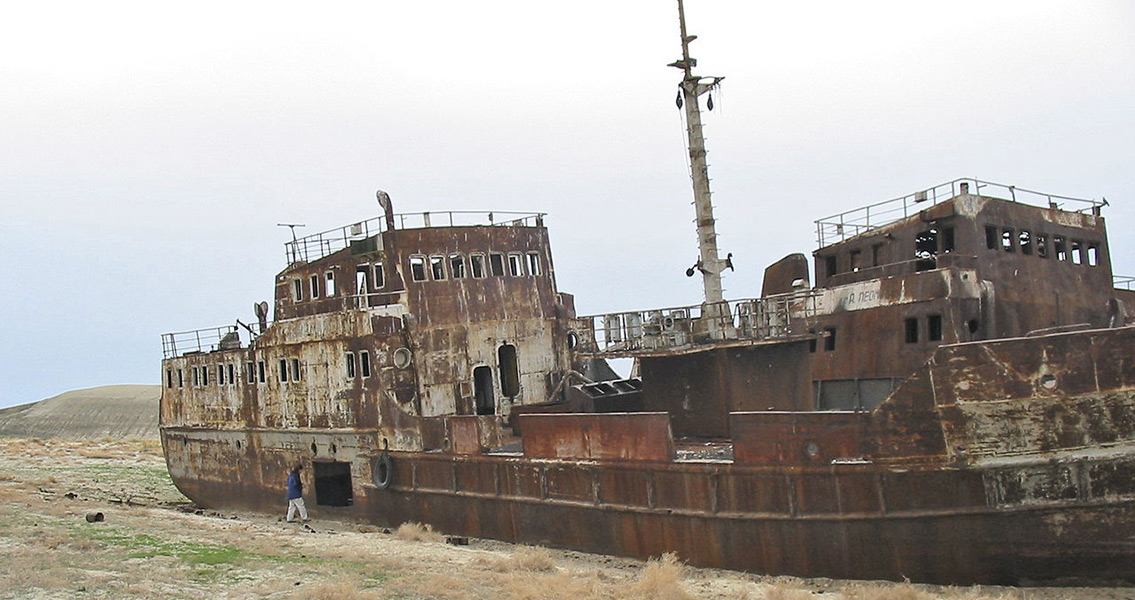 Case For the Anthropocene? Megafauna, Ice Ages and Man-Made Deserts

The death of megafauna Some scholars have suggested that humans started making irreversible changes to the planet as far back as ten thousand years ago. When humanity first started to spread across the globe spectacular megafauna inhabited the continents, from Wooly Mammoths in the Northern Hemisphere to giant kangaroos in Australia. Many of these creatures are now extinct, with scientists debating intensely whether this was the result of human activity – such as hunting or competition for food, the drastic climate change at the end of the Ice Age; or a mixture of both. If these mass extinctions were driven by humans, it would signify a massive, permanent change to the planet’s ecosystems. Ecosystem Makers Humanity’s influence has not necessarily been just destructive. There is an increasing number of scientists and archaeologists who argue that two of the planet’s most awe-inspiring ecosystems: the Amazon rainforest and the Sahara Desert, could have been created by human activity. Fertile land found radiating from the remains of ancient settlements in recent years has led some archaeologists to claim that for millennia a massive civilisation once inhabited the Amazon, enriching the soil to allow the rainforest to grow. Earlier this year, a new study looked at the distribution of various tree species to add further support to the idea the Amazon was shaped by human hand thousands of years ago. Earlier this year, a research study claimed humans may have played a role in turning the Sahara from green, fertile and dotted with lakes 10,000 years ago to the desert it is today. The research suggests that the arrival of pastoralism to the Sahara could have upset the region’s ecosystem, cleared vegetation leading to an increased albedo and drastic reduction in rainfall. The theory is a relatively new one, but the team behind it are continuing their search for more evidence to support it. The Little Ice Age A 1677 painting by Abraham Hondius depicts ice skaters on London’s River Thames. To any modern Londoner, such a sight seems unthinkable. The seventeenth century was characterised by plummeting temperatures on a global scale however, which some historians label the Little Ice Age. A number of explanations have been offered for this prolonged period of unusually low temperatures, from increased volcanic activity blocking the sun’s radiation to changing ocean current flows. Some have even suggested a shift in the earth’s orbital cycle could have caused the freeze. Another argument posits a human explanation. Specifically, some scientists claim that the massive population loss in the Americas following the arrival of Europeans led to a huge decline in agriculture and process of reforestation substantial enough to change the oxygen/carbon ratio in the atmosphere and generate a cooling effect. Killing the Aral Sea As recently as the 1970s the Aral Sea was the fourth largest lake in the world, yet only 10% of it now remains, leaving a desert in its place. Situated between Kazakhstan and Uzbekistan, the Aral Sea’s disappearance took less than forty years. In the 1960s irrigation projects by the Soviet Union saw the two main rivers feeding the lake diverted. The consequences have been terrifying. The climate in the area has changed massively due to a huge reduction in rainfall. Fishing communities have been devastated by lost livelihoods. Toxic gases rise from the exposed seabeds, leading to dangerous levels of pollution in the area. Ecosystems that once flourished in the Aral Sea are now all but extinct. Meanwhile, dust storms caused by the dried up land have caused nearby glaciers to melt much faster, in turn leading to massive reductions in the amount of drinking water. Radiation The 1950 date chosen by the Working Group on the Anthropocene is heavily tied in with the proliferation of nuclear weapons and power. Although atomic bombs were being tested in the USA in the 1940s, with the first two used in anger against Japan in 1945, it was in the 1950s that nuclear weapons went global. The nuclear arms race saw more and more countries testing weapons of mass destruction, while nuclear power stations also sprung up around the globe to meet a growing energy demand. These saw radioactive elements flung across the planet, having an immeasurable impact on the environment. There are of course countless other examples which could be mentioned, all of which point to the impact mankind has had on the planet. Some are debatable, some speculative, others, such as the drying of the Aral Sea, impossible to deny. Whether one believes we live in the Anthropocene or not, mankind has undoubtedly left a dramatic mark on the delicate ecosystems and environment of the planet. ]]>