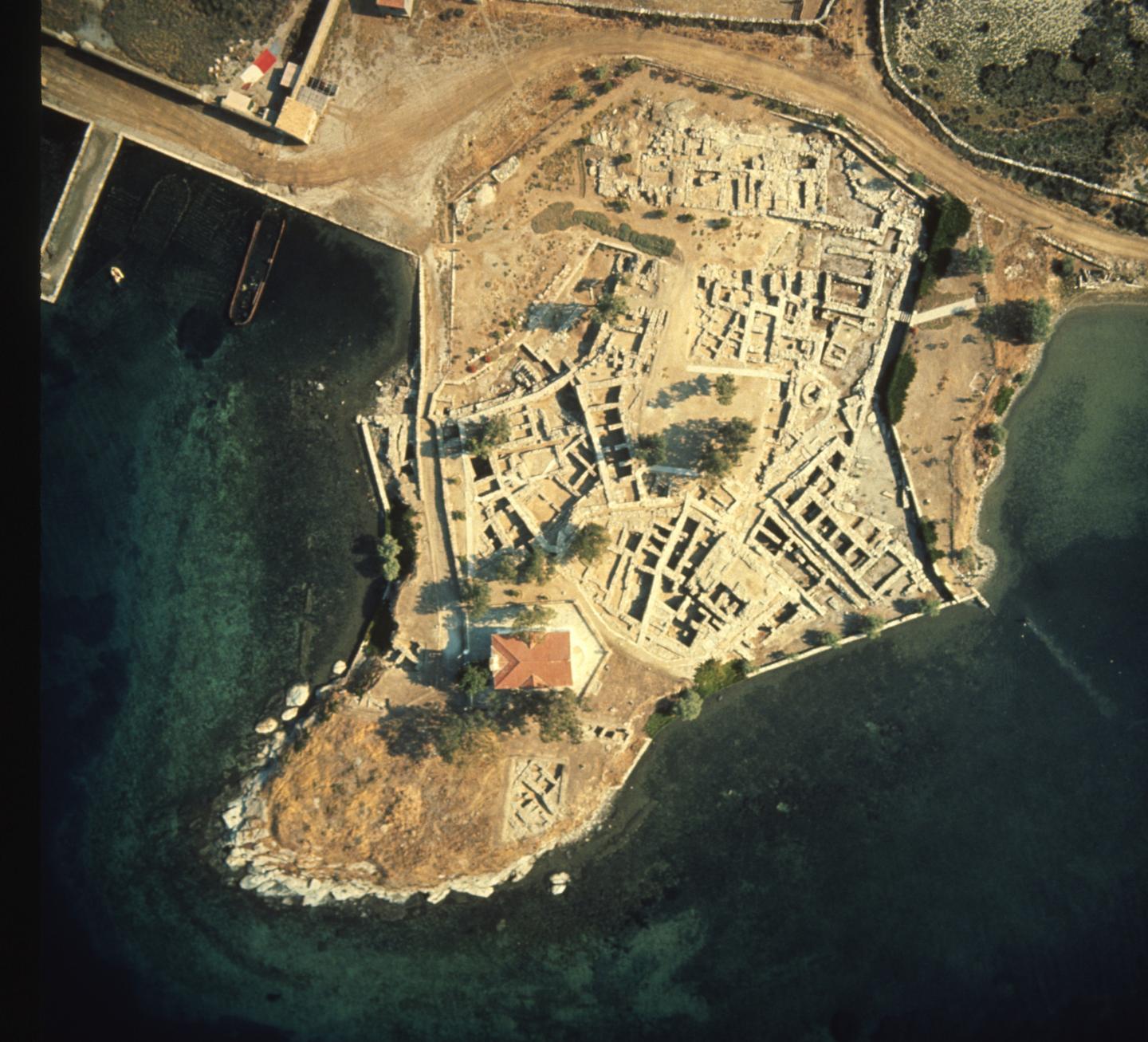 Faeces Reveals Hippocrates' Parasites: The History News of the Week

Faeces Reveals Parasites Described by Hippocrates The first archaeological evidence of parasitic worms described in the works of Hippocrates has been discovered on the Greek island of Kea. Archaeologists made the discovery by examining faeces from prehistoric burials on the island. Evilena Anastasiou and Piers Mitchell, two researchers from the University of Cambridge, used microscopy to study soil formed from decomposed faeces recovered from the pelvic bones of skeletons buried in the fourth millennium BCE, second millennium BCE, and the Roman period between 146 BCE and 330CE. Athens based experts in Ancient Greek archaeology and anthropology Anastasia Papathanasiou and Lynn Schepartz worked with the Cambridge team on the project. The team found eggs from two species of parasitic worm (helmiths) were present: whipworm (Trichuris trichiura) and roundworm (Ascaris lumbricoides). Alive in the fifth and fourth centuries BCE, Hippocrates is regarded as a crucial pioneer in medical history. He developed the ground-breaking humoural theory to explain why people became ill. This theory, which stated that a healthy body had a balance of four humours, was the accepted model for explaining disease in Europe up until the seventeenth century. Hippocratic texts referred to intestinal worms known as Helmins strongyle, Ascaris and Helmins plateia. Until now, historians have had to rely on ancient written descriptions of these worms to try and determine exactly which parasites were afflicting the Ancient Greeks. The authors of this latest study, which has been published in the Journal of Archaeological Science: Reports, say that the new evidence identifies beyond doubt some of the parasites that infected people in the region. “The Helmins strongyle worm in the ancient Greek texts is likely to have referred to roundworm, as found at Kea. The Ascaris worm described in the ancient medical texts may well have referred to two parasites, pinworm and whipworm, with the latter being found at Kea,” said study leader Piers Mitchell, from Cambridge’s Department of Archaeology. “Until now we only had estimates from historians as to what kinds of parasites were described in the ancient Greek medical texts. Our research confirms some aspects of what the historians thought, but also adds new information that the historians did not expect, such as that whipworm was present”. Anastasiou explained the significance of the discovery. “Finding the eggs of intestinal parasites as early as the Neolithic period in Greece is a key advance in our field. This provides the earliest evidence for parasitic worms in ancient Greece.” Societies Evolve Along Similar Paths A major new study claims that human societies, from the Incas to modern Britain and China, have evolved along similar paths. The authors argue that despite the myriad differences between societies they tend to become more complex in “highly predictable ways”. To reach their conclusions, the international research team created a database of historical and archaeological information on 414 societies spread across a 10,000-year period. According to the researchers, this database is larger and more systematic than any that has been created before. “Societies evolve along a bumpy path – sometimes breaking apart – but the trend is towards larger, more complex arrangements,” said corresponding author Dr Thomas Currie, of the Human Behaviour and Cultural Evolution Group at the University of Exeter’s Penryn Campus in Cornwall, in a press release. “Researchers have long debated whether social complexity can be meaningfully compared across different parts of the world. Our research suggests that, despite surface differences, there are fundamental similarities in the way societies evolve. “Although societies in places as distant as Mississippi and China evolved independently and followed their own trajectories, the structure of social organisation is broadly shared across all continents and historical eras.” The team’s study has been published in the Proceedings of the National Academy of Sciences. Indonesian Island Contains a Treasure Trove of Cave Paintings A tiny Indonesian island has been found to be unusually rich in cave paintings, according to researchers from the Australian National University (ANU). 28 rock art sites dating from at least 2,500 years ago have been uncovered on the island of Kisar, which measures just 81 square kilometres and lies north of Timor-Leste. According to Sue O’Connor, a professor from ANU’s School of Culture, History and Language, and the lead archaeologist on the recent excavations, these paintings give insight into the region’s history of trade and culture. “Archeologically, no one has ever explored this small island before,” Professor O’Connor said. “These Indonesian islands were the heart of the spice trade going back for thousands of years. The paintings we found depict boats, dogs, horses and people often holding what look like shields. Other scenes show people playing drums perhaps performing ceremonies.” The paintings suggest a stronger shared history between Kisar and nearby Timor than previously thought. “The Kisar paintings include images which are remarkably similar to those in the east end of Timor-Leste,” O’Connor said. “A distinctive feature of the art in both islands is the exceptionally small size of the human and animal figures, most being less than 10 centimetres. Despite their size, however, they are remarkably dynamic.” Professor O’Connor believes that the relationship between the two islands extends back 3,500 years ago to the Neolithic period, which saw an influx of Austronesian settlers who introduced domestic animals and possibly cereal crops. Similarities between some of the painted figures and images cast on metal drums that started to be produced in northern Vietnam and southwest China about 2,500 years ago and traded through the region, suggest some of the paintings were more recent. “These paintings perhaps herald the introduction of a new symbolic system established about two thousand years ago, following on the exchange of prestige goods and the beginning of hierarchical societies,” O’Connor said. Featured image: This is the excavation of the site of Ayia Irini on the island of Kea, where the samples used in the study were found. Credit: Department of Classics, University of Cincinnati ]]>