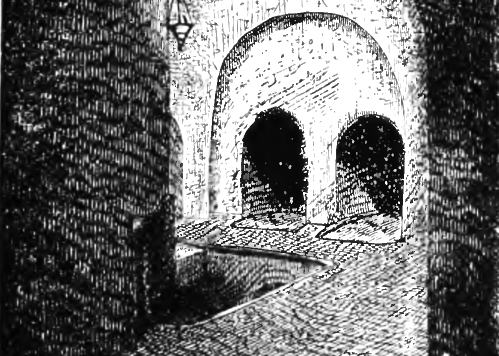 Ancient Tomb Uncovered Near the Pyramid of Giza

th century. As a result, the discovery of new features had become rare at the archaeological site. Therefore, it came as a major surprise when the researchers managed to uncover a painting on the eastern wall of the tomb. According to Maksim Ledebev, the professor at the Russian State University for Humanities, this painting was made on a layer of fine white plaster that was damaged by soot and dirt from the 19th century. As a result, only 30% of the original painting could be preserved. Ledebev also believes that the fact that people were actually living inside these tombs during the Middle Ages also added to the damage. However, the scenes have not been lost completely and the traces should allow experts to reconstruct the entire painting. Once reconstructed, this painting depicted various scenes of life in the Ancient times. The images of boats sailing on the River Nile most probably represented the return of the owner after a voyage. The lower portions of the painting represent a variety of agricultural scenes – such as ploughing, sowing and labourers driving sheep and donkeys. Lebedev believes that each scene depicted in the painting had a deeper symbolic meaning. He also feels that the paintings of bird hunting in marshlands most probably referred to rebirth and to the taming of chaotic forces. Furthermore, since the boats had sails going southwards, Lebedev thought that they reflected the high status of their owner. Evidence of ancient paintings has also been found in a few other tombs in the vicinity. The team has also uncovered certain indirect pieces of evidence in different tombs, such as the remains of plaster and paint and extremely smooth walls. Moreover, a number of rock-cut chapels were rapidly excavated in the early 20th century without proper documentation. Many of these areas were still covered with a rough plaster that belonged to the inhabitants who lived in these tombs during the Middle Ages, so finding more paintings in the necropolis is widely anticipated.]]>