BREAKING NEWS
GMT+2 10:49
Home Breaking News The Spanish Civil War: How it all started and its aftermath 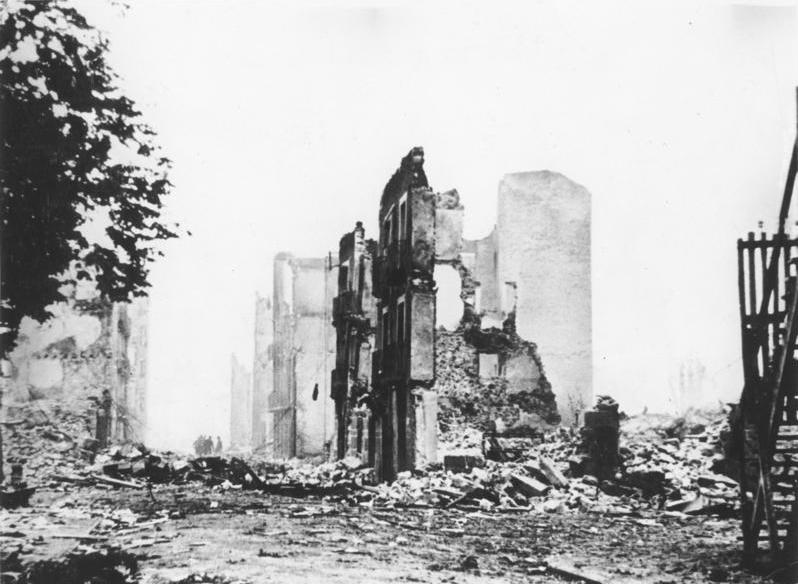 The Spanish Civil War: How it all started and its aftermath

Posted By: EllesHon: February 28, 2019In: Breaking News
Print Email
The Spanish Civil War (La Guerra Civil Española in Spanish) took place from 1936 to 1939. On the political left side were the Republicans fighting the Nationalists, who were on the political right.

The war was mostly a struggle between democracy and fascism. Ultimately, the Nationalist front won, and Spain was ruled by Francisco Franco’s dictatorship until 1975, when Franco died.

The Spanish Civil War was one of the worst atrocities in Spanish history, so how did it all start?

Spain in the 19thcentury

The 19thcentury was a tempestuous time in Spain. The country faced many different reforms, with the liberals advocating for limited powers for the monarchy. In 1812, King Ferdinand VII dissolved the Constitution.

Twelve successful coups were carried out, subsequently. Although these coups and public uprisings reduced some of the ultra-conservatism of the monarchy, discontent among the people was still prevalent.

In 1874, the Carlists and Anarchists were formed in opposition to the monarchy. The Radical Republican Party helped bring republicanism to the fore front of Spanish politics.

During the First World War, Spain remained neutral. The threat of communism, as perceived by the public, kept growing during this time. Eventually, King Alfonso XII gave in to popular pressure and established a republic in 1931.

This was the start of the Second Spanish Republic, which remained in power until the escalation of the Spanish Civil War.

Preparations by Franco and the Nationalists

Numerous suspicious military officials, including Francisco Franco, were sacked and moved to Spanish territories abroad. For instance, Franco was transferred to command of the Canary Islands.

His disloyalty only grew after this. With the help of the British Secret Intelligence Service, Franco managed to escape Spanish supervision and fled from the Canary Islands to Spanish Morocco.

In the following year, several extrajudicial police killings took place. Public resentment continued and the Socialists and Communists demanded that arms be distributed to the people before the military took over.

Outbreak of the Civil War

On July 18, 1936, the right-wing Nationalists, led by General Franco, began a revolt. He broadcasted a message calling for all army officials to join the coup d’état and overthrow the existing leftist government.

Franco, who was well-respected by officials in the Army of Africa, planned to bring them over to the European mainland to join the fight. The Nationalists were aided by the conservative Moroccan troops who were also opposed to the leftist government in Spain.

Workers and peasants fought alongside the Nationalist rebels, but in many cities, they were denied weapons. In conservative regions the Nationalists quickly seized control with little bloodshed.

However, in other more liberal regions, such as the city of Bilbao, the fight resulted in many casualties. The revolt against the Spanish navy largely failed. Nevertheless, Franco managed to sail his Army of Africa from Morocco.

This was a gamechanger and in the following months, Nationalist forces rapidly overran many Republican-controlled regions. In November 1936, Madrid was put under siege.

In 1937, Franco united the Nationalists with the Falange, Spain’s fascist party, while the Republicans aligned themselves with the communists.

Additionally, thousands of communists and other radicals from France, the Soviet Union, America, and other places formed International Brigades to support the communist Republican cause.

A significant achievement from the foreign contribution was the successful defense of Madrid until the end of the war.

In June 1938, the Nationalists managed to cut the Republican territory in two. Franco mounted a major attack against Catalonia and in January 1939, its capital, Barcelona, fell. Soon after, the rest of Catalonia was also captured.

This was the end of the Republican cause. Its leaders did try to negotiate a peace deal with Franco, but he refused. On March 28, 1939, the Republican government surrendered Madrid.

The Spanish Civil War underlined opposing political sentiments that existed throughout Europe. The right and the Catholics supported the Nationalists as a counter measure to the expansion of Bolshevism.

Meanwhile, labor unions, students, intellectuals, etc. united on the left to support the Republicans to stop the spread of fascism.

Moreover, anti-war and pacifist movements were widespread as well. Many countries in Europe were concerned that a Civil War in Spain could spark a Second World War. In fact, the Spanish Civil War was an indicator of the growing instability within Europe.

Many non-Spanish citizens also participated in the war, either as soldiers or advisors. Britain and France, as the heads of a political alliance of 27 nations, promised not to intervene in the Spanish Civil War. The USA unofficially aligned themselves with this stance.

Germany, Italy, and the Soviet Union singed the non-intervention agreement officially, but still participated in arms deals with Spain.

Franco served as the leader of the newly formed fascist Spain. He implemented harsh reprisals against his former enemies. Thousands of Republicans were imprisoned and at least 30,000 executed. Furthermore, many were put in forced labor camps.

Hundreds of thousands of Republicans fled the country after the war. Some 500,000 went to France.

Shortly after the end of the Spanish Civil War, the Second World War broke out in the rest of Europe. Spain did not officially join the Axis powers, although Franco did write to Hitler offering to join the war on 19 June 1940.

Instead, Spain supplied Germany with the Blue Division to fight specifically on the Eastern Front against the USSR in recognition for the aid that Spain received during its civil war from Germany and Italy.

The actual death toll of the Spanish Civil War is a controversial topic. Particularly, the part related to war and post-war repressions. Many historians, encyclopedias, dictionaries, etc. only provide vague numbers and general descriptions.

The figures vary from 250,000 to 1 million victims. The main reason for the ambiguity in the numbers are the different methodologies used to count the victims. Various researches have included different casualties ranging from combat related deaths, terror attack related deaths, to post-war deaths, and extra-judicial killings.