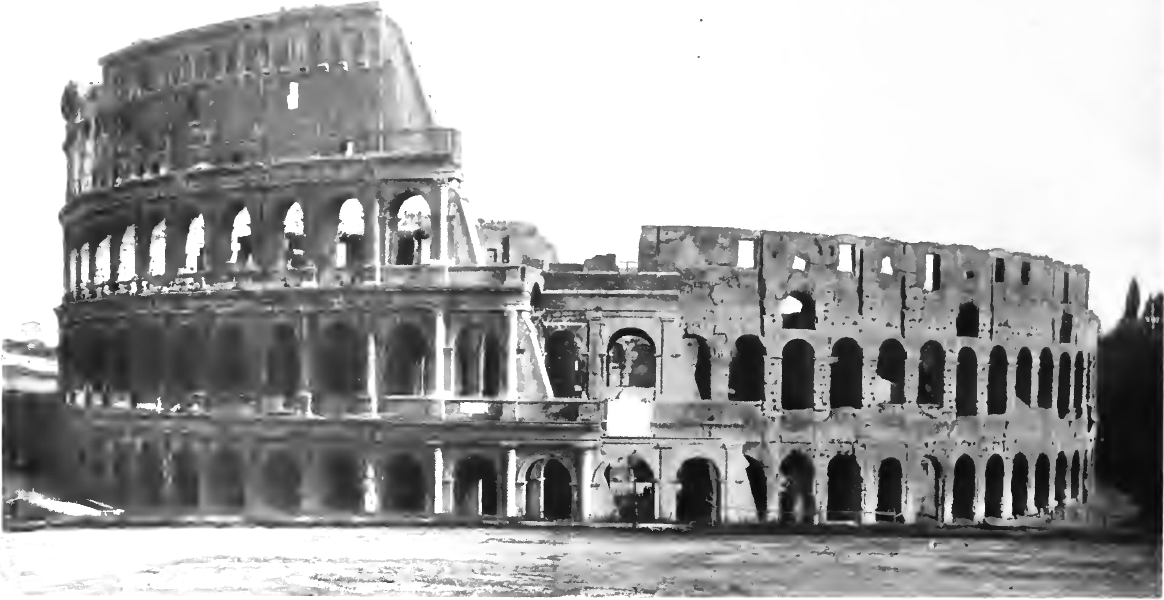 Rome’s Colosseum Used As Condominiums in the Medieval Era

th century until the year 1349 when the iconic monument was terribly damaged by a major earthquake. This fact was uncovered after a 3-week excavation that uncovered a few arched entrances which lead into the arena. Archaeologists discovered the foundations of a 12th century wall that was used to enclose a particular property in the Colesseum, potshards and terracotta sewage pipes. According to Rossella Rea, the Director of the Roman Colosseum, these excavations allowed archaeologists to identify a complete housing lot from the Medieval era. It is believed that this unusual condominium also consisted of workshops and stables and that area within the Colosseum was rented out by friars of the Santa Maria Nova Convent who had control of the monument. Further research also indicated that all houses opened onto the area where the gladiators once used to fight. Professor Riccardo Santangeli Valenzani, teaching medieval archaeology at the Roma Tra University, believes that the area that once hosted glorious gladiator battles was transformed into a common space for the Romans living there in the medieval era. It is believed that this courtyard was buzzing with goods, animals and people. Archaeologists also uncovered cooking pottery along with the figurine of a tiny monkey that was carved from ivory. It is believed that this piece was used as a pawn in a chess set during the medieval era. The Roman Colosseum dates back to the year AD 72 when it was built by the great emperor Vespasian on the bed of a drained lake. It is considered to be the most popular remains of Ancient Rome. Many might not know this, but the Amphitheatre was actually opened in the year AD 80 by Titus, Vespasian’s son. This amphitheatre was inaugurated with a festival that lasted for 100 days and consisted of naval battles, fights and gladiatorial combats. Another reason why the Colosseum became so popular over the centuries was the fact that it survived 3 major earthquakes as well as a huge fire. It transformed into a garbage dump after emperor Honorius banned bloody gladiatorial combats as well as a stone quarry for buildings such as the St. Peter’s Basilica. The recent excavations have uncovered yet another piece of history for the Roman Colosseum. The Roman Colosseum is currently undergoing a $43 million restoration and cleaning project, the cost of which is being sponsored by Tod’s, a popular leather bag company in Italy. According to Rea, the dig should continue in the year 2015 when the second phase of the cleaning and restoration starts. More and more mysteries pertaining to the most visited monument of Italy are expected to be uncovered during the second phase of excavations. ]]>