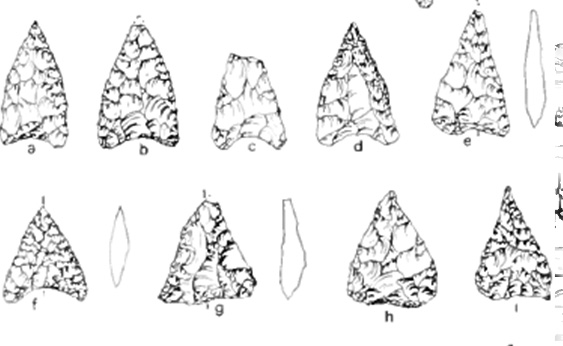 th – 7th century CE, and it literally indicates that the northern parts of the Atacama Desert were inhabited by civilizations and farming communities much before the Tiwanaku civilization came into Peru. The discovery was made during the Tambo Project, a project that has been carried out by the Institute of Archaeology since the year 2008. These burials were found in the Tambo river delta which is located in the northern parts of the Atacama Desert. According to Jozef Szykilski, the leader of the project, the graves were dug into the sand and without the presence of any stone structures, they were almost impossible to locate. As a result, they did not fall prey to robbers and managed to remain safe across centuries. Professor Szykulski also mentions that the burials were made by people about whom almost nothing is known. He believes that the items found in graves also indicate that the people had a clear cut social division as well. Archaeologists have discovered numerous artifacts, headgear made from llama wool, bodies wrapped in mats, bodies wrapped in cotton burial shrouds as well as bodies wrapped in nets. Archaeologists also mentioned that they found some arrows tipped with obsidian heads, bows and quivers. This in itself becomes an extremely rare find, because bows are considered to be rare in Peru. Another interesting discovery was the discovery of a llama. This proved that the animal was brought to the Tambo delta much earlier than was previously believed. Archaeologists have also discovered maces that contained copper or stone finials in a number of male graves. Professor Szykulski believes that these objects along with the bows were used to denote power. This also offers evidence that the culture of this long lost civilization had a stratified society where the elite were allowed to take power with them into their afterlife. Other goods found at the burial sites include objects made from tumbaga and copper, jewelry items, reed withes that were attached to the ears of the dead and protruded all the way to the surface and weaving tools. Archaeologists believe that these reed withes acted as ritualistic communication tools that allowed the living to communicate with the dead. Polish archaeologists had previously discovered the Tiwanaku civilization tombs in the Tambo river delta and dated them back to the 7th – 10th century CE. This makes the new discoveries even more sensational as civilization was not expected to have reached the area before the Tiwanaku. The presence of ceramic vessels, weapons and tools also denote that the society was quite advanced. Archaeological work continues to be carried out and the study area covers a span of almost 20000 sq. kms. With the scheduled work expected to continue for a few more years, we can certainly expect many more details about this previously unknown  culture to emerge.]]>