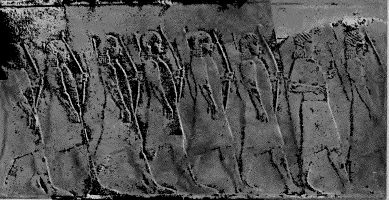 Pre-Literate Bookkeeping May Have Outlived Pre-Literacy

He said; “In fact, in a literate society there are multiple channels of recording information that can be complementary to each other. In this case both prehistoric clay tokens and cuneiform writing used together.” He speculated that tokens would have been used in the initial transactions between administrators and farmers, before the information was recorded in cuneiform later on in the process. Indeed, despite cuneiform having existed for over two thousand years, this would have been a society a long way from universal literacy. The use of both systems may have been necessary for example, to facilitate understanding between administrators and suppliers. The discovery of the tokens raise interesting questions about how quickly Assyrian society embraced literacy and writing for day to day use. It offers a valuable insight into the path of progress taken by mankind. Just as the arrival of the calculator did not herald the immediate and total disappearance of the abacus, the arrival of cuneiform did not kill off pre-literate communication methods.]]>