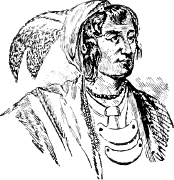 Sun Sentinel that he wants the site of Harrell to be linked to the Tamiami Trail, to facilitate easier access for visitors. The site of the fort could easily have remained uncovered. Its discovery provides a reminder of the lives of those who had to serve in such an inhospitable location. The continued discovery of such sites is also vital for furthering America’s conversation with its past, and acknowledging the often uncomfortable history of the treatment of Native Americans in the nation’s creation.]]>