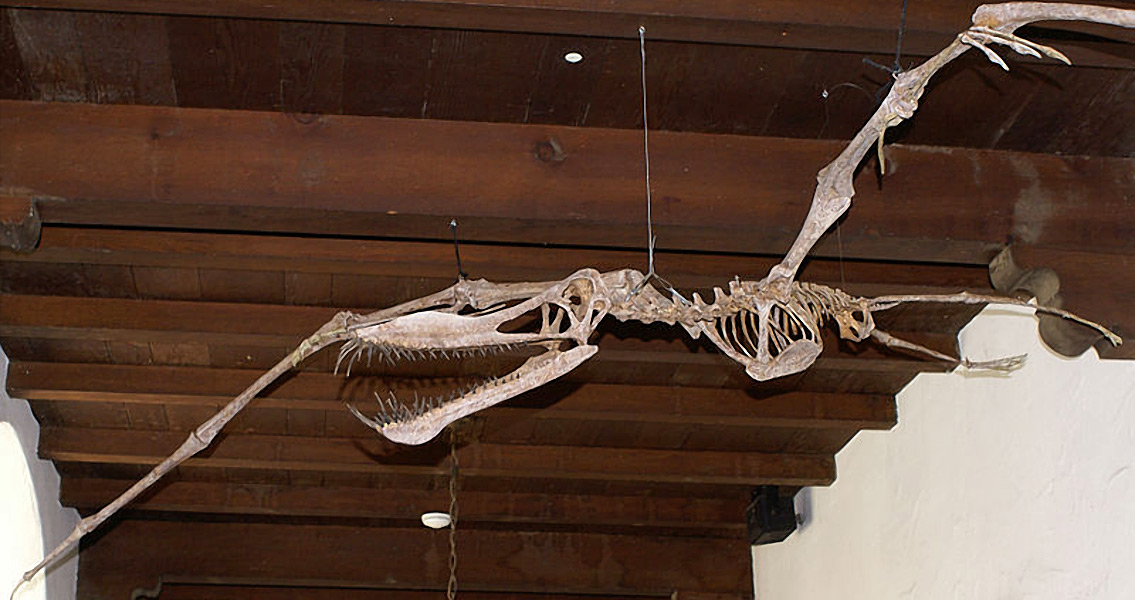 Antiquity. The composition, they write, is typical of Fremont art, which often depicts human shapes with elongated bodies and round heads that are surrounded by “attendants”, smaller images of animals such as cats, dogs, badgers, bears, and birds. Commenting on the news, one biologist who had seen the painting himself, Phil Senter from Fayetteville State University, told Live Science that what Bahn and Le Quellec had found was in line with his own view of the image, that it was clearly a collection of several images rather than one “pterodactyl”. Another scientist, world rock art professor Benjamin Smith, noted that dinosaurs only rose to fame in the nineteenth century, when palaeontology gained traction. It is difficult to imagine that a culture as ancient as the Fremont would have known about pterodactyls, regardless of the fact that the region around Black Rock Canyon is rich in pterosaur fossils. For more information: “The death of a pterodactyl” Image courtesy of Wikimedia Commons user: Franko Fonseca]]>