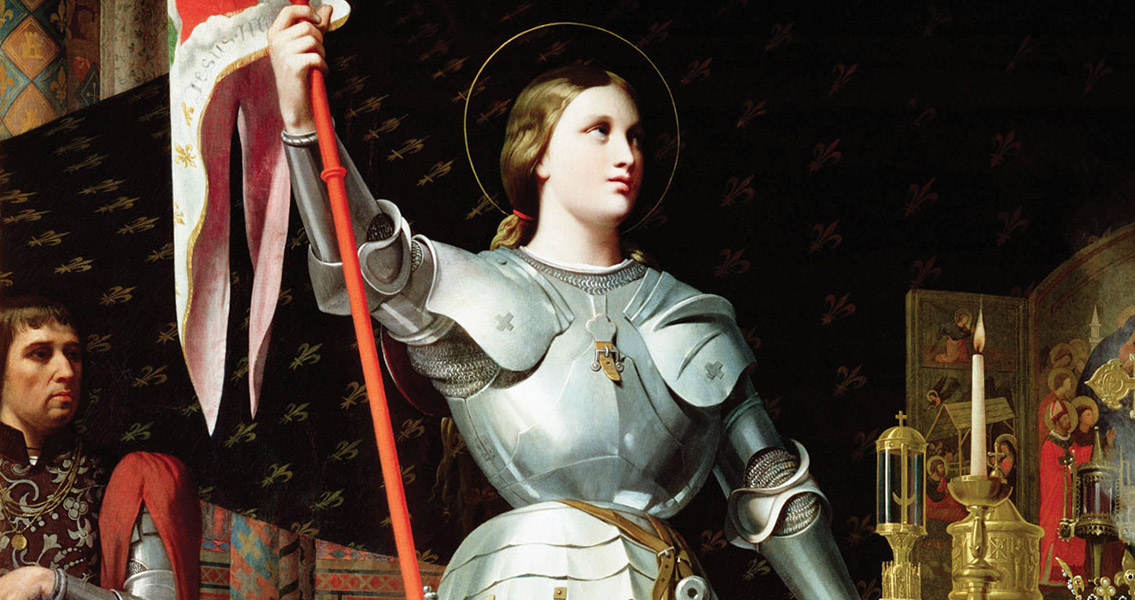 A Ring Worn by Joan of Arc Returns to France

Le Parisien, “We suspected that the sale would beat all records. […] The Puy du Fou Hope Foundation could reach up to €80,000, but not beyond. Then we turned to potential donors and managed to collect the sum of €350,000.” By the end of frenzied bidding, Nicolas de Villiers had won out for the sum total of 376,833 euros ($415,063). Joan of Arc, known to some as the Maid of Orleans, is remembered for her role in the Hundred Years’ War during the fifteenth century, specifically the Siege of Orleans. Even though historians are still debating the extent of her actual participation in battle they do agree on one thing; the army was remarkably successful the short time she was with it. Born to peasant parents in northeast France in the village of Domrémy, Joan of Arc claimed to have experienced visions of Saint Margaret, the Archangel Michael, and Saint Catherine beginning when she was just thirteen. The visions instructed her to release France from English authority by supporting Charles VII. At just seventeen years old she gained distinction after several military engagements, most notably the Siege of Orleans. Shortly afterwards she was captured by the Burgundians and imprisoned at Beaurevoir Castle in May of 1490. She was later moved and tried in Rouen, England’s headquarters in France. Joan of Arc was found guilty of heresy and sentenced to death. She was burned at the stake on May 30, 1431. After her death, the charred body was exposed to avoid the claim that she had escaped, then they burned the body two more times (to protect against relics being claimed) and threw her remains into the Seine River. Joan of Arc is said to have worn the ring which was forged in brass, engraved with the initials JM and embellished with three crosses. Legend has it Joan would habitually stare down at the ring before going into combat. She was later exonerated and martyred in 1456, and canonized by Pope Benedict XV in 1920. The ring will be exhibited at the theme park Puy de Fou, which is owned by Philippe De Villiers. The park’s official website states that it “aims to contribute to the brilliance of France, its history, its wonders, and its achievements.” And that it was their “duty to end the exile of this symbol that belonged to the greatest heroine of the history of France.” ]]>