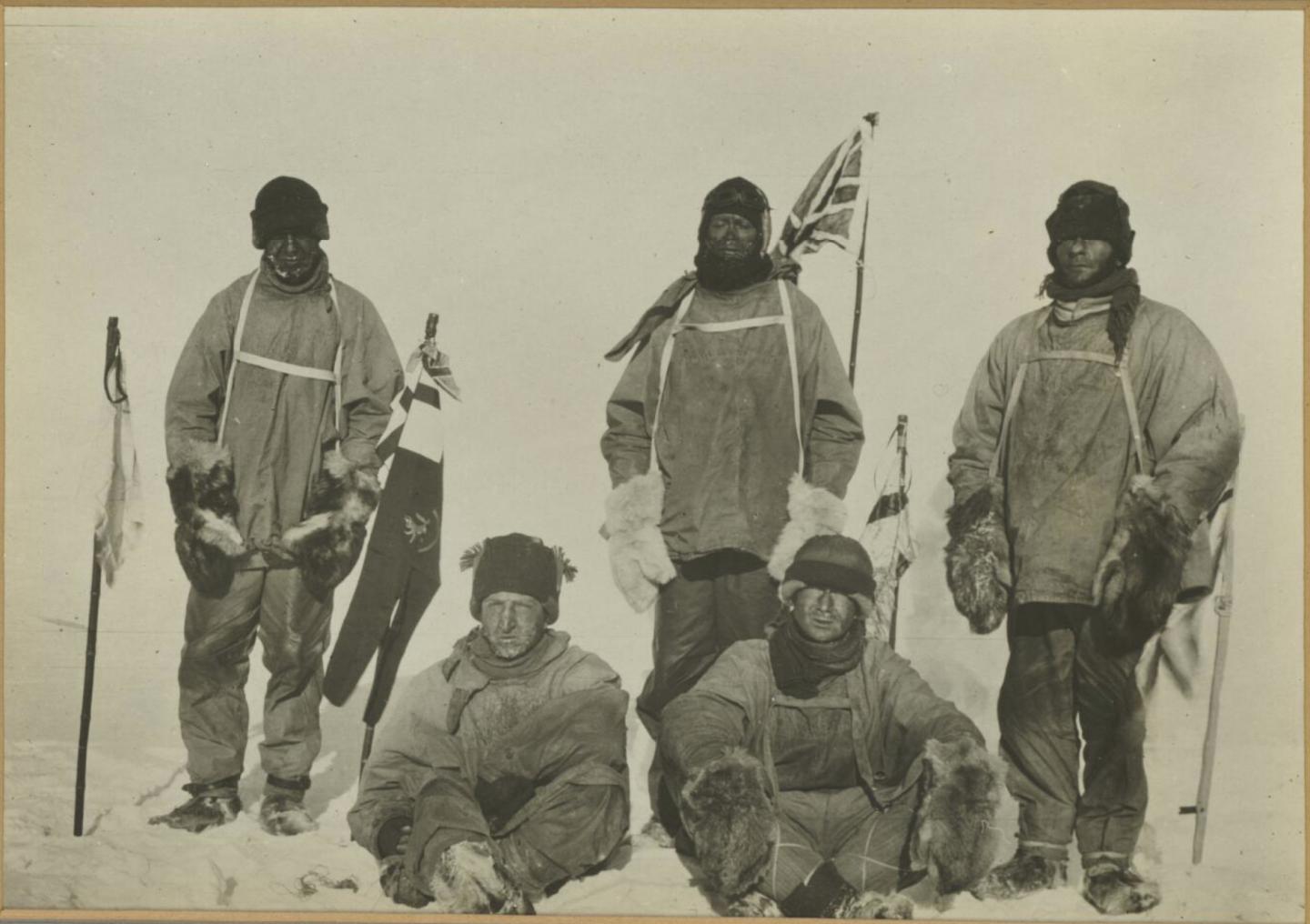 History News of the Week – Scott of the Antarctic Cover-Up

Scott of the Antarctic Death Cover-up? New research claims to have unearthed a cover-up over the death of Robert Falcon Scott, aka Scott of the Antarctic. The death of Scott and his four companions on their return from the South Pole is typically attributed to poor planning. The new study claims not only that the tragic end of the expedition was the result of failures on the behalf of Scott’s second-in-command, but also suggests this has been deliberately covered-up for over a century. In a study published in the journal Polar Record, Prof Chris Turney from University of New South Wales details documents revealing how Scott’s Lieutenant, Edward “Teddy” Evans, undermined him, stealing rations from food depots and failing to pass on orders to a dog sled team that could have brought Scott home safely. “The documents also show how public records were altered in later recounts of the expedition and why a Committee of Inquiry into the expedition was rapidly shut down almost before it began,” said Turney in a statement. According to Turney, Scott, as well as several members of the expedition, had doubts about Evans’ ability to be second-in-command on the ambitious journey. It is likely this that led to Scott sending Evans back to base before the quest to the South Pole had been completed. Travelling back from the South Pole, Scott and his team discovered that rations carefully planted on their way had disappeared. On top of this, orders Scott gave to Evans to send a dog sled team out to meet the party on their return from the Pole were never carried out. The documents uncovered by Prof Turney reveal how Evans had a history of taking more than his share of supplies and how public statements were altered to deflect blame from Evans’ role in the missing rations after Scott’s death. “For too long Scott has been held responsible for the death of himself and the men of his party who made the fateful expedition to the South Pole,” said Prof Turney. “These new documents tell a very different story about how Scott’s planning for the expedition was undermined, reveal that his orders were fatally ignored and why the man who arguably contributed the most to his death was never held accountable for his actions.” Humans Avoided Inbreeding 34,000 years ago Prehistoric humans formed mating networks to avoid the dangers of inbreeding as far back as 34,000 years ago, new research claims. The results suggest that humans have long been aware of the dangers of inbreeding. The study, which has been published in the journal Science, examined genetic information from the remains of anatomically modern humans who lived during the Upper Palaeolithic, a period when modern humans from Africa first colonised western Eurasia. The results suggest that people deliberately sought partners beyond their immediate family, and that they were probably connected to a wider network of groups from within which mates were chosen, to avoid becoming inbred. “What this means is that even people in the Upper Palaeolithic, who were living in tiny groups, understood the importance of avoiding inbreeding,” said Professor Eske Willerslev, who holds posts at the universities of Copenhagen and Cambridge. “The data that we have suggest that it was being purposely avoided.” Objects and jewellery buried with the remains were also studied. The authors say that these objects suggest the Upper Palaeolithic humans developed rules and ceremonies to accompany the exchange of mates between groups, perhaps foreshadowing modern marriage ceremonies. In the study, the researchers sequenced the genomes of four individuals buried at Sunghir, an Upper Palaeolithic site in Russia believed to have been inhabited 34,000 years ago. The individuals buried there appear to have lived at the same time and were buried together. However, in genetic terms they were not closely related, at most being second cousins. The researchers argue that if small hunter-gatherer bands were mixing at random, there’d be more evidence of inbreeding. The fact there isn’t could suggest these ancient humans had put a system in place to avoid it. Led by Willerslev, the study involved researchers from both the University of Copenhagen and the University of Cambridge. Saint Nicholas’ Grave Close to Being Found? Turkish archaeologists claim they might be on the verge of unearthing the burial site of Saint Nicholas, the saint who is the subject of the Santa Claus myth. According to an article on the Hurriyet Daily News, the team of archaeologists have discovered a grave under the St. Nicholas church in Turkey’s southern Antalya province, which could be the final resting place of the Christmas saint. The surprise discovery was made as the team conducted digital surveys below the surface of the church. “We believe this shrine has not been damaged at all, but it is quite difficult to get to it as there are mosaics on the floor,” the head of Antalya’ Monument Authority, Cemil Karabayram, told the Hurryiet Daily News. The team now need to remove each tile, one-at-a-time, from the mosaic, but hope they’ll eventually reach what they believe to be the remains of St. Nicholas. Admired for his piety, legend has it that St. Nicholas gave away all his wealth and travelled the countryside helping the poor. St. Nicholas is a popular figure across Christianity, celebrated not only for his generosity, but for his refusal to renounce his faith when imprisoned during the ‘Great Persecution’ by the Romans. His legend has continued to grow and spread, leading to him becoming an international symbol of Christmas. It was previously believed that his remains were smuggled to Italy in 1087. The archaeologists at Antalya are now looking for researchers from various disciplines to help continue their exploration at the church in southern Turkey. Featured Image: An image of Scott and his team who all died on the return from the South Pole. Courtesy of the National Library. ]]>