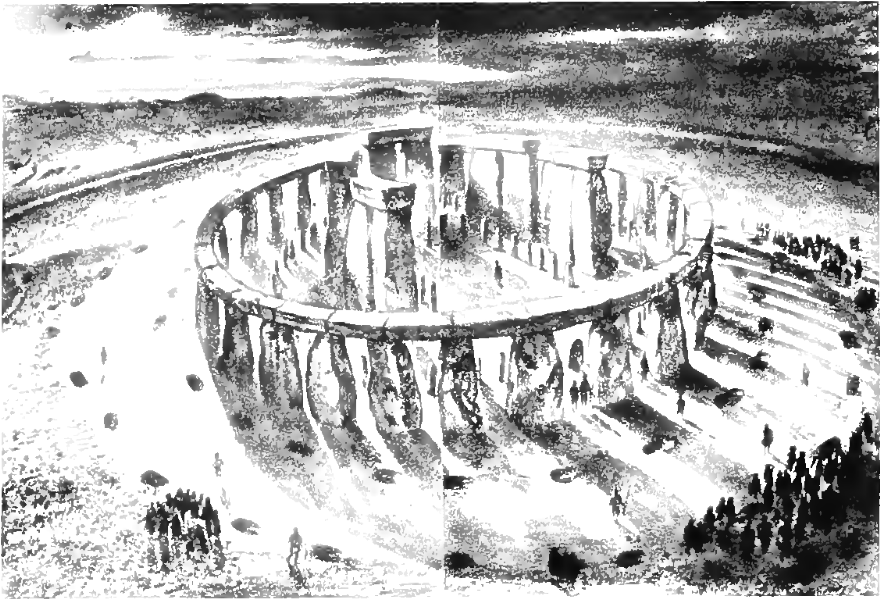 Archaeoastronomy Steps on the Stage

Researchers presented their works to shed a brighter light on Archaeoastronomy Recently the field of archaeoastronomy gained a new level of attention when it was presented to the scientific community at the National Astronomy Meeting 2014 in Portsmouth. This is due to the growing evidences found by archaeo-astronomers around the world that shows people from prehistoric era were actually watching the Sun, Moon and stars. The evidences also show that prehistoric human, from the Neolithic and Bronze age period, managed to establish some level of understanding about the mechanic of celestial objects. Archaeoastronomy is an interdisciplinary field that focuses on the study of ancient astronomical practices and structures. To put it in another words, it is the study that tries to relate the prehistoric and ancient societies’ understanding of celestial objects with the structures they built. Some scientists put it in much simpler terms when they described archaeoastronomy as “anthropology of astronomy”. The field began to gain attention when discoveries about Stonehenge came to light in 1960s. In the presentation of his work on 4000-year-old astronomically aligned standing stones at Gardom’s Edge, Dr. Daniel Brown of Nottingham Trent University however, stressed that archaeoastronomy encompassed more than just Stonehenge. He said “Modern archaeoastronomy encompasses many other research areas such as anthropology, ethno-astronomy and even educational research. It has stepped away from its speculative beginnings and placed itself solidly onto the foundation of statistical methods. However, this pure scientific approach has its own challenges that need to be overcome by embracing humanistic influences and putting the research into context with local cultures and landscape.” The term ‘archaeoastronomy’ owes its existence to Elizabeth Chesley Baity, the first person to use that term. As of late, some researchers believe a new term should be used considering the combination of several disciplines into it. ‘Skyscape Archaeology’ was the term proposed by some experts. Dr. Fabio Silva is among the people who agreed to that term and had even recently established the Journal of Skyscape Archaeology. “We have much to gain if the fields of astronomy and archaeology come together to a fuller and more balanced understanding of European megaliths and the societies that built them. Archaeologists will need to learn some basic observational astronomy, but archaeo-astronomers will also have to engage more with the archaeological record and ask different research questions. It is no longer enough to simply collect orientation data for a large number of monuments spread over vast regions and look for broad patterns. In addition, archaeo-astronomers cannot base their assumptions on modern concepts of precision and symmetry of axis, unless this can be independently demonstrated. To understand what alignments meant to prehistoric people and why they decided to incorporate them into their structures, we need to identify patterns and interactions between structures, landscape and skyscape,” said Dr. Silva. Experts are also in disagreement regarding the first person that launched archaeoastronomy into the fast track of scientific research. The disagreements exist because until this day, archaeoastronomy is still a loosely-defined term. According to Clive Ruggles, Heinrich Nissen who worked in the mid-nineteenth century was arguably the first archaeoastronomer. Clive Ruggles is the Emeritus Professor of Archaeoastronomy in the School of Archaeology and Ancient History at the University of Leicester, in United Kingdom. His opinion was countered by Rolf Sinclair, the author of Current Studies in Archaeoastronomy, believes Norman Lockyer, who worked in the late 19th and early 20th centuries, to be the ‘father of archaeoastronomy’. In contract to those two experts, Euan Mackie, a British anthropologist and archaeologist, put Alexander Thom who worked on the subject in Britain between the 1930s and the 1970s, to be the pioneer of archaeastronomy. Also presenting their work during the meeting were Pamela Armstrong of the University of Wales Trinity St David, Brian Sheen and Gary Cutts of the Roseland Observatory, Liz Henty of the University of Wales Trinity St David and Dr Frank Pendergast of Dublin Institute of Technology.]]>