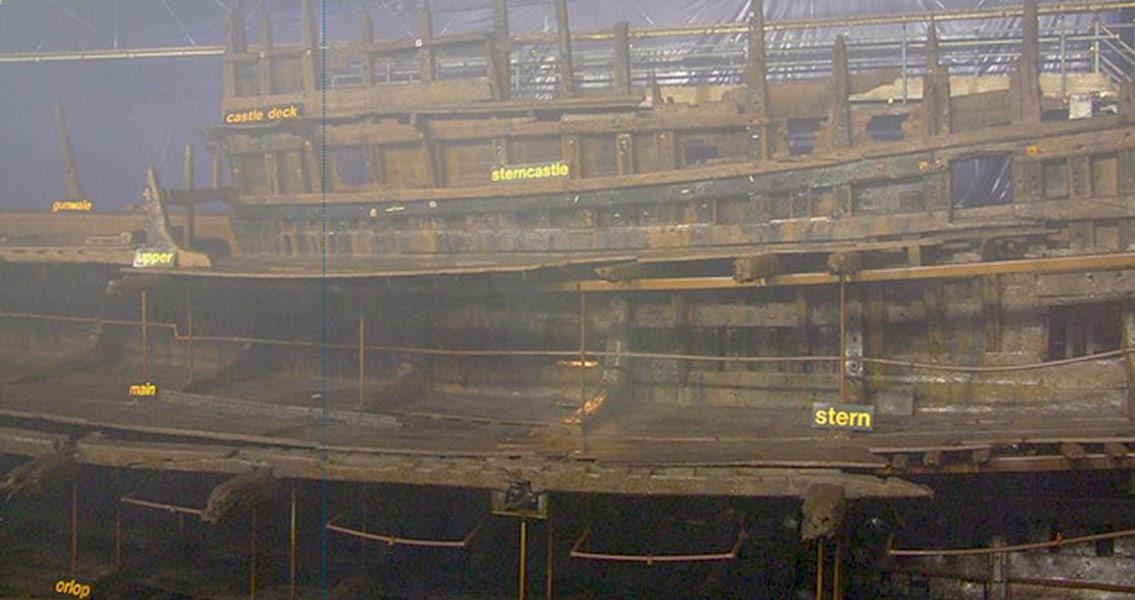 Journal of Archaeological Science. Two sets of tibia bones obtained from the Mary Rose Trust were compared to a modern, healthy bone. Analysis revealed deformations in one set of historical bones; these deformations were suspected to be the result of a metabolic bone disease, such as rickets. The results of the Raman study have confirmed that the bones were deformed as a result of chemical abnormalities. Dr. Jemma Kerns, one of the scientists who conducted the study, stated “this is the first time that this laser technology has been used to study bone disease in archaeological human bone. We have identified chemical changes in the bones, without damaging them. There is strong evidence to suggest that many of the sailors had suffered from childhood rickets and we hope to apply the Raman technique to the study of modern day rickets.” Rickets is caused by a deficiency of vitamin D or calcium in an individual’s diet. It results in the defective mineralisation of bones, leading to bowed legs. The poor diet of the average person in the 1500s meant that the risk of having a vitamin deficiency was highly likely. Professor Goodship, Director and Head of the Centre for Comparative and Clinical Anatomy at the University of Bristol, said “there was an amazing similarity in the chemical composition of the normal [modern] bones and those that had been on the sea bed for over 400 years.  The use of the Raman technique allow us to analyse these unique specimens without causing any damage.” By using non-invasive techniques, the team have conducted groundbreaking research. They have revealed chemical abnormalities in 500 year old bones without damaging them. Non-damaging techniques are so important in the study of the past as they reveal information whilst preserving artefacts for future study. If research damages historical items it is impossible to continue studying them, and any potential for future discoveries is lost forever. Using Raman spectroscopy to analyse historical bones has opened the door for similar analysis in the future. The chemical composition of ancient bones could reveal a wealth of information about how historical people lived and what they ate. Photo Credit: Leslie James Chatfield (Wikimedia Commons User)]]>