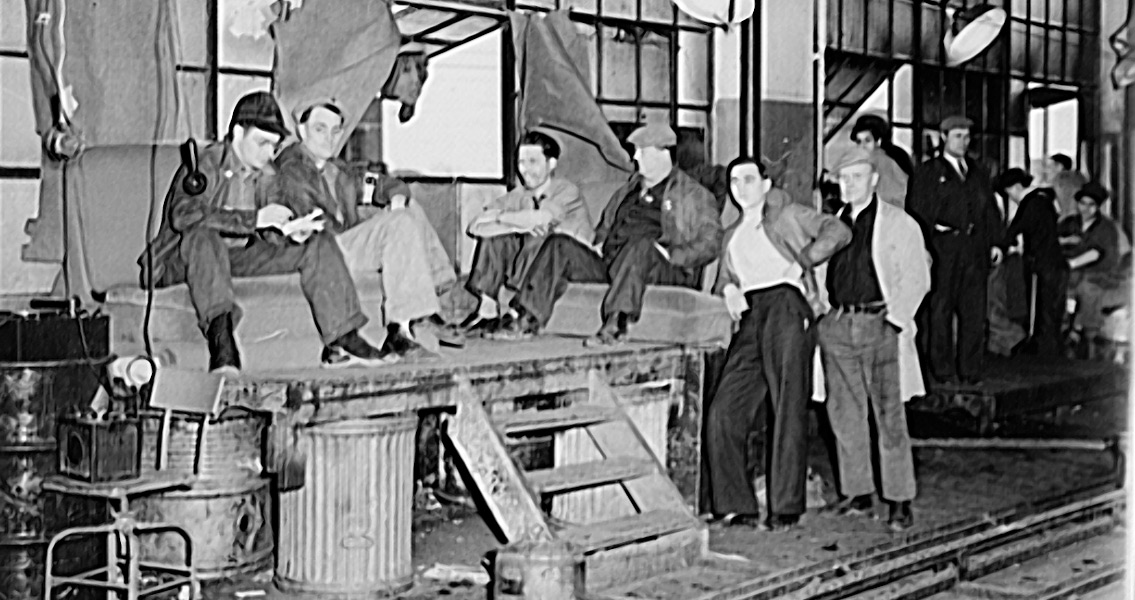 Flint Sit Down Strike Descends into Tear Gas and Rioting