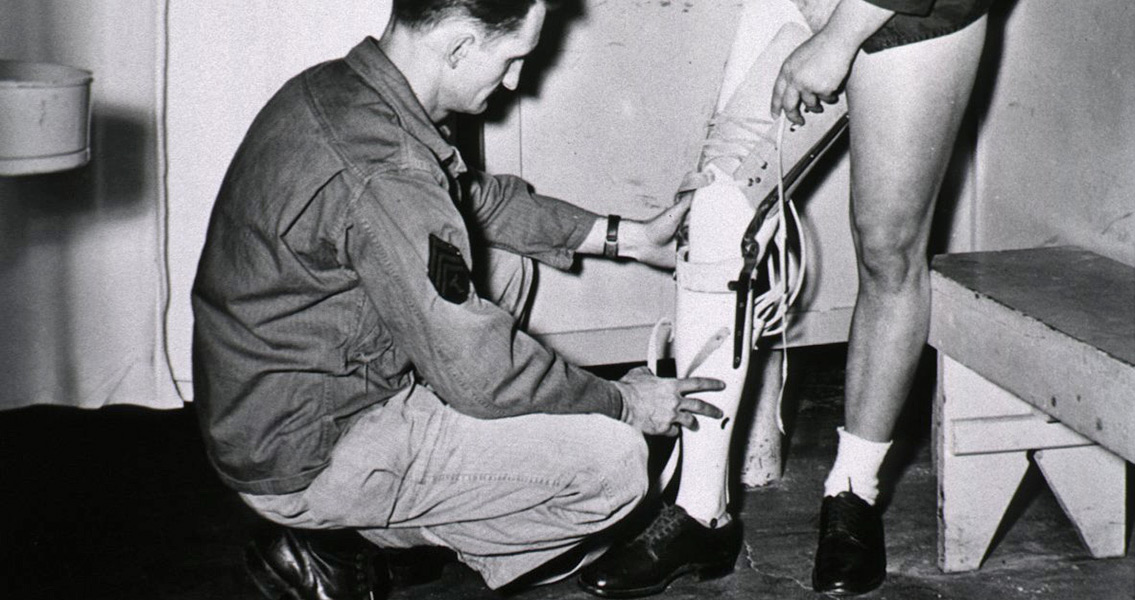 His Left Foot Was Wood and Iron

International Journal of Paleopathology. How the middle-aged man found with the prosthetic lost his left foot is unknown. Researchers used radiography and CT-scanning but were only able to determine the man had had a lesion which healed over. Further investigation revealed the man appeared to have recovered from his injury and walked with the use of the prosthetic implant for at least two years Regardless of how this sixth century man lost his foot, he more than likely belonged to a high social class, given he was buried close to a church and also with a sword. During this time period losing a foot, especially when the loss was through the bone as opposed to a joint, as this man’s was, would have resulted in excessive blood loss from the lacerated arteries and would have also been prone to infection – the combination of which would have resulted in death for most people. Finding an injury of this sort which had healed and then finding that person used a prosthetic limb successfully is practically unheard of. The field of human paleopathology (the study of diseases and related skeletal conditions) is generally considered to have started between the mid-nineteenth century and World War I, when a number of anthropologists and physicians pioneered and defined the medical nature and pathologies of ancient skeletons. A review of human paleopathology was published in 1929 by H.U. Williams. Between the World Wars when methods such as radiology, serology and histology began to be applied more frequently, thereby improving diagnosis and accuracy, was when palaeopathology began to truly be considered a scientific discipline. Following World War II, paleopathology started to be viewed as a valuable tool for the understanding of past societies, thus the discipline started its connection to epidemiology and demography. Additionally, new techniques in the field of molecular biology began to add new information to the data already known concerning ancient disease, especially with the introduction of DNA which could be retrieved from centuries old samples. Archaeologists have increasingly used palaeopathology as an important tool for understanding the lives of ancient peoples. For example, in the ancient Maya population where there is evidence of trepanation, which is the practice of drilling holes in the cranium, either once or several times in an individual, paleopathology has determined that patients very often survived the procedure. According to researchers, the latest prostheses discovery is a long way from holding the title of the oldest known use of a prosthetic device. The commonly held belief is that prosthetic limbs were used in the Greco-Roman world as well as in ancient Egypt, although the archaeological proof of this practice before the 2nd millennium CE is rare.]]>