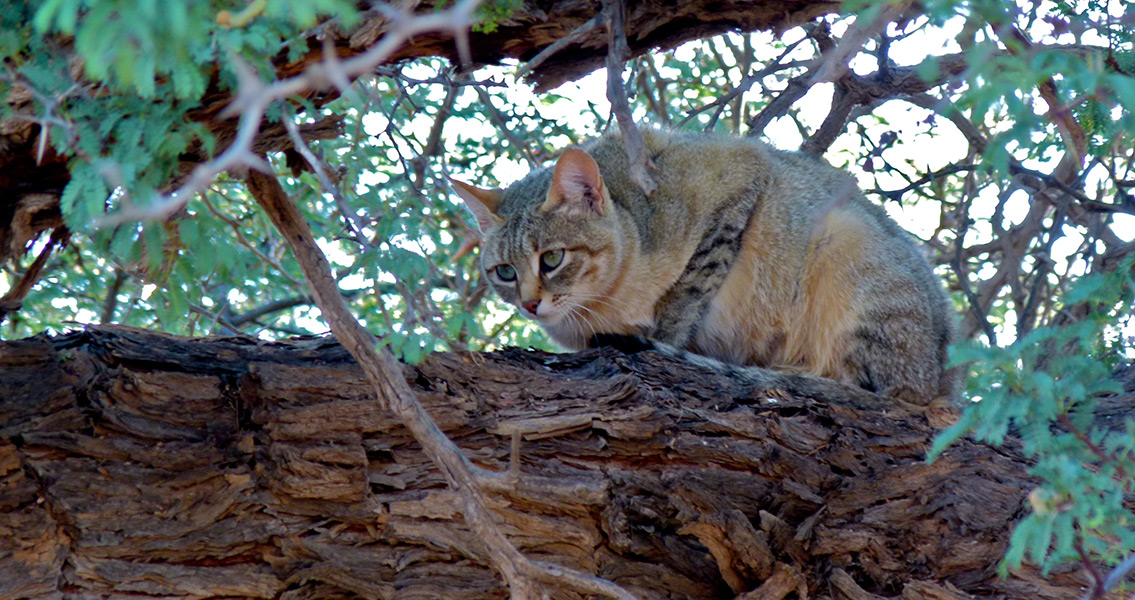 Cats Were Domesticated in China Prior to 3,000 BCE

Felis silvestris lybica (western wildcat). Researchers with the Chinese Academy of Sciences located in Beijing unearthed cat bones in 2001 while investigating several ancient agricultural settlements in the Shaanxi and Henan provinces of northern China. It was later determined that the bones were from around 3,500 BCE. However, knowing the age of the bones wasn’t enough evidence in and of itself to determine if a relationship between cats and humans already existed in the fourth millennium BCE, or if the cats had arrived in China from the Near East already domesticated. Enter the research team. Comprised of scientists from the French National Center for Scientific Research, the French Natural History Museum (MNHN), the University of Aberdeen, the Chinese Academy of Social Science and the Shaanxi Provincial Institute of Archaeology, the team tested mandibles from five of the Chinese cats from Shaanxi and Henan using geometric morphometric analysis, the only method capable of differentiating the bones of small cats (without using DNA) because their morphologies are so similar and the differences are frequently imperceptible with conventional methods. Even though there are at least four different types of small cats in China, evidence of the western wildcat has never been found there. The results of this analysis have conclusively determined that the bones all belonged to the Prionailurus bengalensis, (leopard cat) a distant cousin of the western wildcat. The answer: Cats were in fact domesticated in China prior to 3,000 BCE, based on the research team’s results. Still widespread in Eastern Asia today, the leopard wildcat is known for its tendency to frequent areas with a large human presence. Like the western wildcats of Egypt and the Near East, the leopard cats were likely drawn to the Chinese settlements due to the number of rodents attracted to grain stores. This is the same process that took place in Egypt and the Near East with the birth of agriculture during the eighth millennium BCE. Therefore, in at least three geographical locations on the planet, cat domestication was closely related to the start of farming culture. Still unknown: Since all modern cats are descendants of the western wildcat, when did this species replace the leopard cat in China? By way of the Silk Road? Perhaps with the Roman or Han empires? Will the world ever know? The complete report on these findings has recently been published in the journal PLOS ONE Image courtesy of Bernard DUPONT]]>