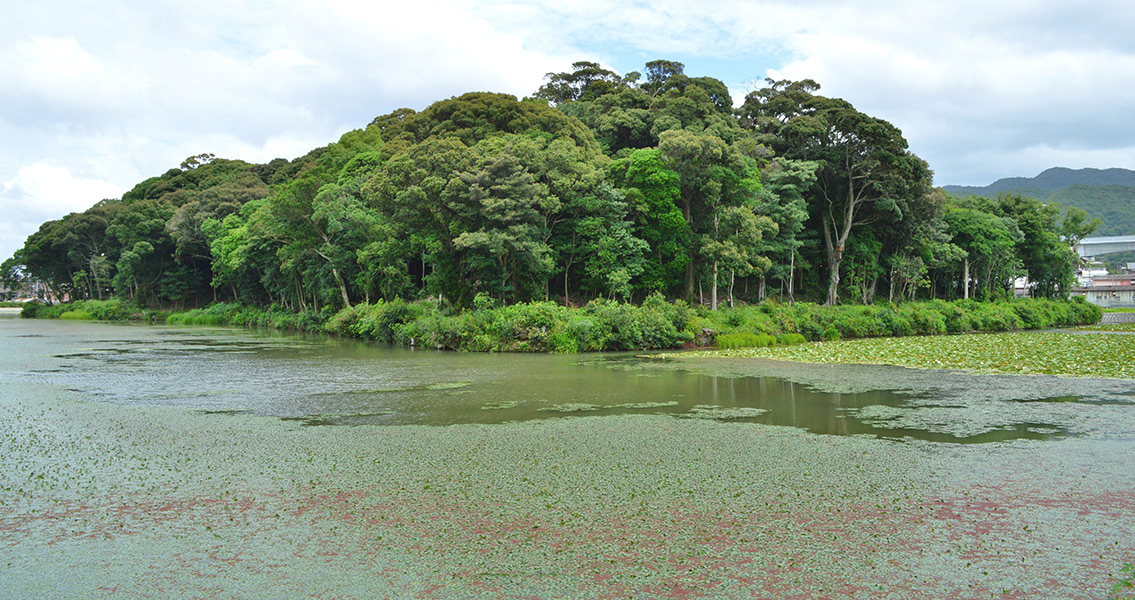 Asahi Shimbun with Taichiro Shiraishi, Osaka Prefecture’s head of the Chikatsu Asuka Museum, the likelihood seems high that, during the burial, people would have stood on both sides of the bridge as the body, encased in a temporary casket, was laid to rest. Shiraishi pointed to the evidence, consisting of five newly-discovered bore holes that would have been ideal for the piers of a bridge; these holes, which were discovered during excavation efforts in the autumn of 2015, are in addition to the 26 bore holes ringing the burial mound discovered in a 2013 dig. An additional four holes were found progressing across the moat in 2013 as well. Archaeologists studying the placement of all the discovered bore holes have determined that the bridge, when it was in existence, was no less than 45 meters long, 12 meters wide, and anywhere from 5 meters to 5.6 meters tall as measured from the moat bed. City government officials and experts say that the bridge was intended to be temporary, as the evidence shows the walkway was either removed shortly after the burial mound was completed or during the final days of its construction. Shiraishi said that similar structures were likely used to transport high-profile individuals to their final resting place in other burial mounds throughout Japan as well. He expressed the hopes that other researchers will investigate tombs of similar size in the future to see if evidence of the construction of temporary walkways like the one discovered at Nisanzai Kofun can be gathered elsewhere. Other walkways found to have been used that date from the Kofun period are far and away much smaller than the Nisanzai bridge. In Ishikawa Prefecture, at Komatsu’s Sendai-Nomi ruins, the bridge used is understood to have been just over 16 meters long and less than 3 meters wide. The two largest Kofun mounds in Japan, the tombs for Emperor Ojin and Emperor Nintoku, have yet to be investigated for any evidence of these ceremonial bridges. Image courtesy of Wikimedia Commons user Saigen Jiro]]>