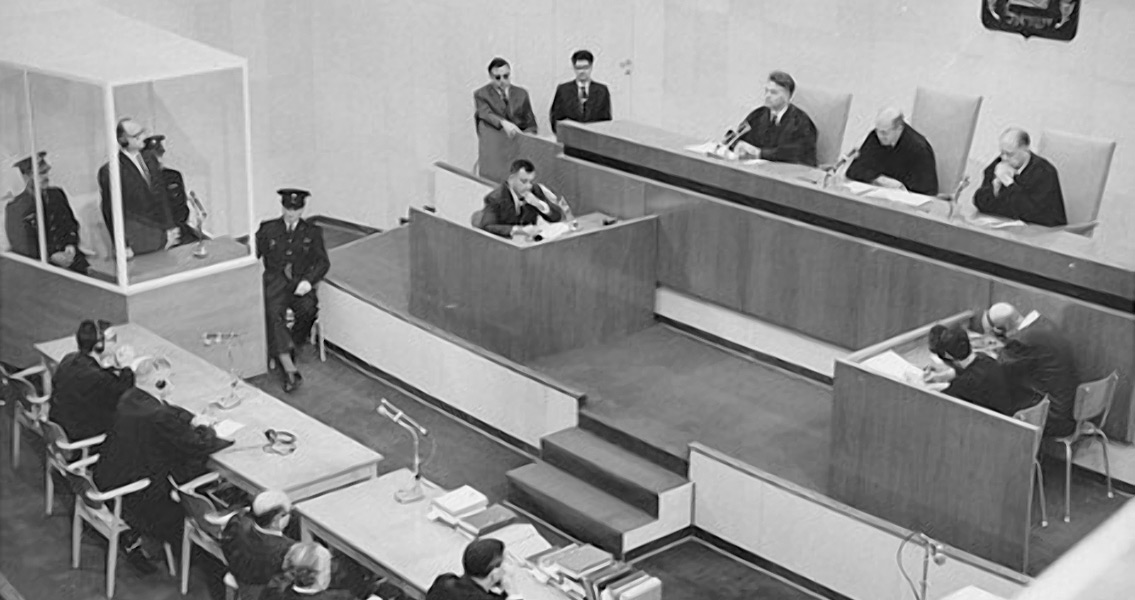 trial in Israel. After leaving school, Eichmann briefly worked in the mining company owned by his father in Austria, where the family had lived since leaving Germany in 1914. Starting in 1927 he sold oil as a travelling salesman. He joined the Nazi Party in 1932, and the Security Service (Sicherheitsdienst) after returning to Germany in 1933. He was appointed to lead the department that was responsible for all Jewish affairs, namely emigration, which was often encouraged by the Nazis using economic pressure and violence. After the start of WWII (September, 1939) Eichmann, along with his staff, planned and organized the moving of Jews into the ghetto areas within major cities, expecting to transport them either farther east or overseas. Eichmann prepared plans for two Jewish reservations, in Poland and Madagascar, which were never carried out. International Holocaust Remembrance Day (January, 27th) was declared an international day of remembrance by the United Nations General Assembly on November, 1, 2005, to commemorate the genocide by the Nazi’s which resulted in the death of over 6 million Jewish people, 250,000 physically and mentally disabled people, 2 million Romani people, and 9,000 homosexual males.]]>