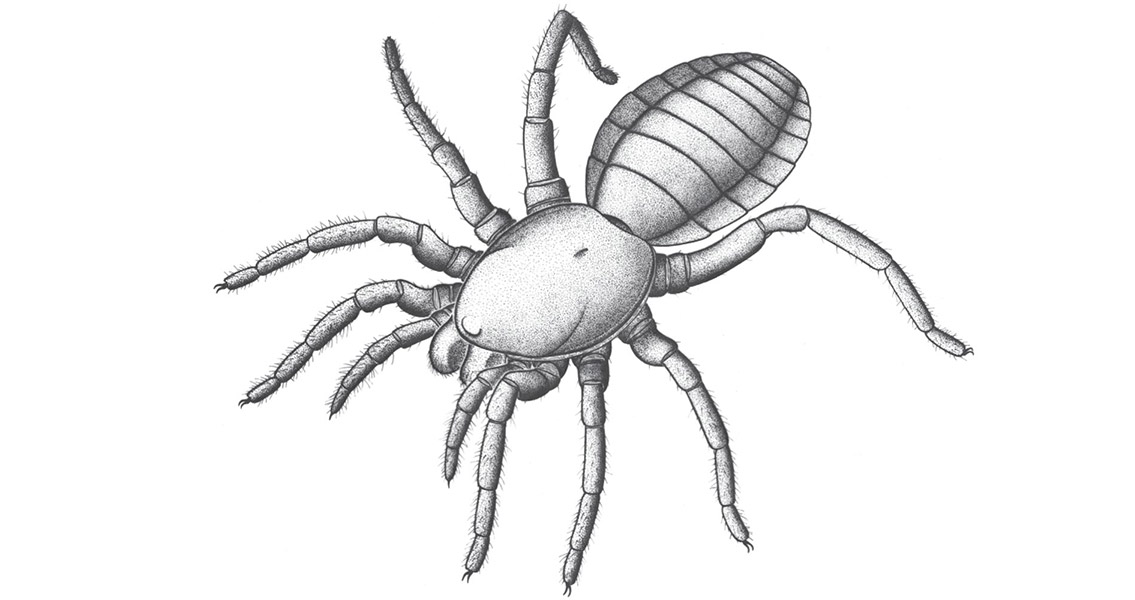 Idmonarachne brasieri as a nod to Idmon, the father of Arachne from Greek mythology – the woman who was transformed into a spider out of the jealousy of the goddess Athena. With the process of evolution producing an arachnid just one step removed from a “true” spider, naming I. brasieri in such a manner seems highly appropriate. The evolutionary journey from arachnid to spider is further complicated by the fact that there is evidence of true spiders living alongside their almost-spider arachnid relatives. The oldest known spider fossil, discovered in eastern France at a Montceau-les-Mines coal seam, also happens to be 305 million years of age. Garwood remarked that this shows an arachnid subspecies that were nearly identical to spiders – though one that eventually died off – likely split from a common ancestor before that date. It has been difficult to pin down the origins and evolutionary pathways of arachnids, said Garwood. One of the first species to dwell on land, arachnids – or their progenitors – began to adopt a terrestrial way of life 420 million years in the past; little of this early history has been recorded in the fossil record. Meanwhile, using DNA analysis to trace the evolutionary relationships between arachnid species also presents difficulties due to the rapid diversification of the creatures. This has resulted in little to no evolutionary changes in their genetics that can be traced. The results are that there is little in the way of knowledge when it comes to how other arachnids like scorpions and spiders are interrelated in the overall scheme of evolution. Garwood and his colleagues say that there are plans to continue to study arachnid fossils in an attempt to glean more information on their mysterious origins. Image courtesy of Garwood, Russell J.; Dunlop, Jason A.; Selden, Paul A.; Spencer, Alan R.T.; Atwood, Robert C.; Vo, Nghia T. & Drakopoulos, Michael (2016)]]>