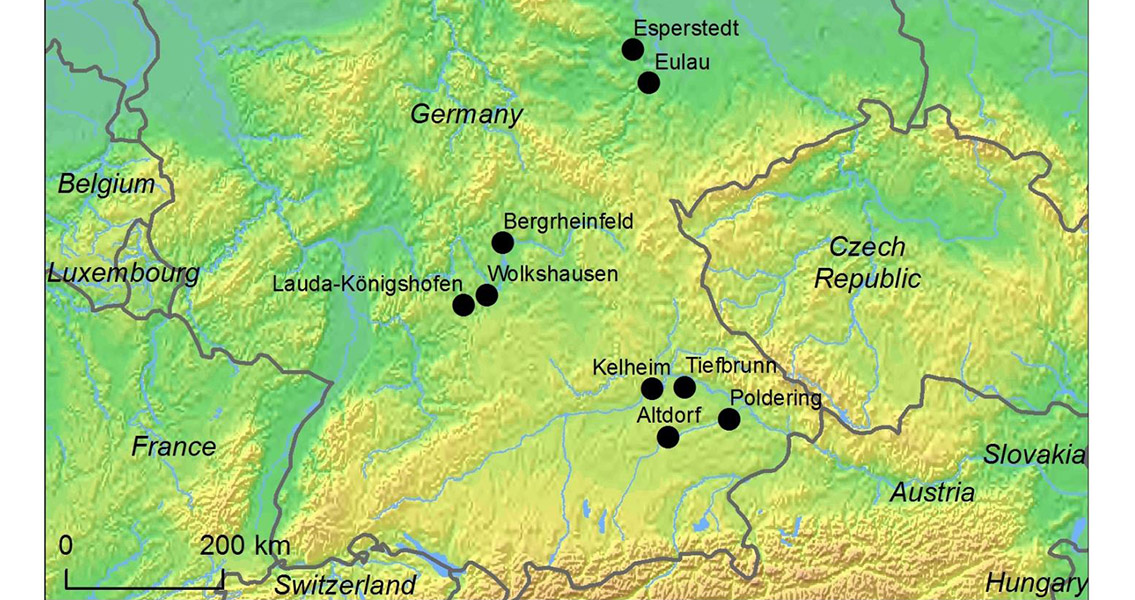 Posted By: Daryl.Worthingtonon: May 27, 2016In: Breaking NewsNo Comments
Print Email

Plos One, the study sheds new light on the complexity of this Late Neolithic culture, hinting at the complicated social conventions that could have been at play. Led by Karl-Göran Sjögren from Göteborg University, Sweden, the new study involved an investigation of cemetery populations from the Corded Ware Culture in southern Germany. As well as providing insight into individual mobility in the period, Sjögren and colleagues’ work revealed information about people’s diets. Sometimes referred to as the Battle Axe Culture or Single Grave Culture, the Corded Ware Culture is often tied in with the diffusion of proto-Germanic and proto-Balto Slavic languages through Europe. Recent DNA research has concluded that the culture was strongly influenced by the Yamnaya Culture that arose on the steppes of eastern Europe and western Eurasia after 3000 BCE. Archaeologists define the Corded Ware Culture by material traits, such as burials in flat graves covered by small mounds and cord ornamented pottery. The culture existed across large swathes of Europe from 2800 cal. BCE to 2200 cal. BCE, and it is widely believed that the people based their lives around mobile, pastoral economies dependent on cattle and cereal cultivation. The authors examined seven sites in southern Germany, including two large cemeteries: one at Lauda-Königshofen named “Wöllerspfad” and another at Bergheinfeld called “Hühnerberg”, and several burials in gravefields. Human bones and tooth enamel from each of the sites were carbon dated and subjected to dietary isotope analysis, providing insights into both diet and mobility. Results suggest that the Corded Ware People enjoyed mixed diets built on the consumption of both plants and meat. There was also substantial variation between the sites, suggesting that some practiced arable and dairy farming more intensely. Surprisingly, 42% of the people buried at one of the large cemetery sites were found to have originated from outside the local area. In particular, women seem to have enjoyed considerable mobility; the study authors suggest that this could be evidence the Corded Ware Culture practiced exogamy, that is, the practice of only allowing marriage outside of a social group. Exactly what form this practice took is of course unknown, but it undoubtedly raises some intriguing questions about Corded Ware societies. “Our results suggest that Corded Ware groups in southern Germany were highly mobile, especially the women.” wrote Sjögren, in the recently published study. “We interpret this as indicating a pattern of female exogamy, involving different groups with differing economic strategies, and suggesting a complex pattern of social exchange and economic diversity in Late Neolithic Europe.” ]]>