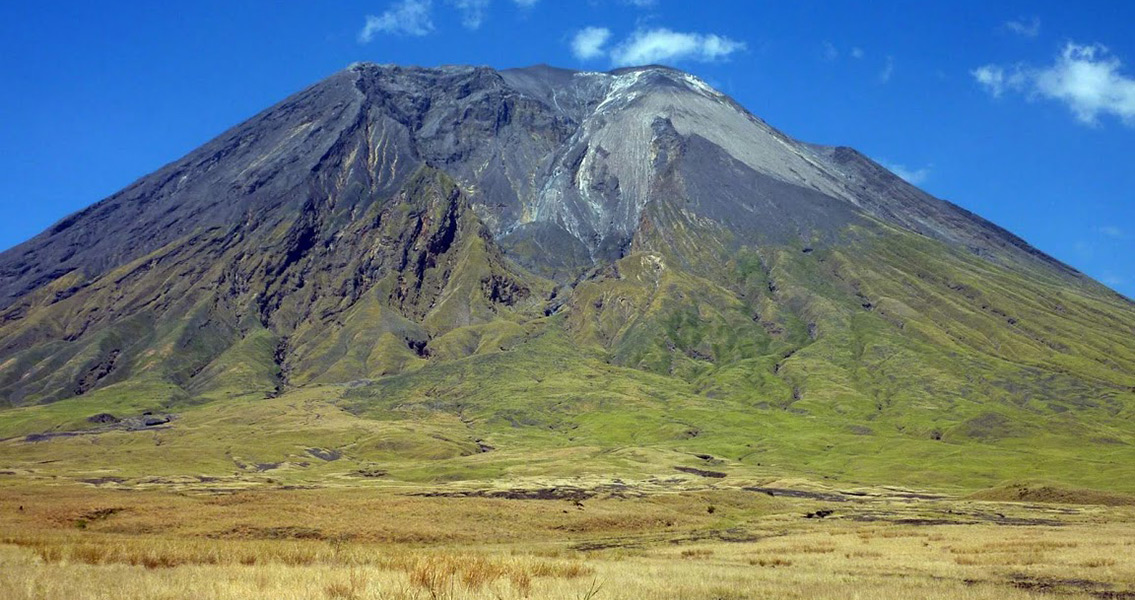 Ancient Footprints Persevered in the Shadow of African Volcano

Australopithecus afarensis. Engare Sero is unique in that the sheer number and diversity of the prints offers an amazingly detailed snapshot of our ancestors’ lives in Africa. William Harcourt-Smith, a paleoanthropologist at the City University of New York, told National Geographic: “It’s a very complicated site, one area where there are so many prints, we’ve nicknamed it the ‘dance hall,’ because I’ve never seen so many prints in one place. It’s completely nuts.” The Engare Sero site exists in large part because of the Ol Doinyo Lengai, a volcano which looms above Lake Natron. Known for its thin, silvery lava, the 7,650-foot-tall volcano is a pilgrimage destination for the Maasai people, who go there to plead with their god Engai for cattle, rain and children. The ash-rich mud that retains the footprints was originally wash off from the volcano, traveling downhill to eventually form the mudflats. In a matter of just hours to days, the surface of the mud dried out, capturing the prints in a cracked crust. A later flow of debris buried the footprints between 10,000 and 12,000 years ago, covering them for millennia. Local villagers discovered a small number of the footprints sometime before 2006, but the site didn’t receive scientists’ attention until 2008, when a conservationist from Pennsylvania, vacationing near Lake Natron (just several hundred yards away from the footprints), happened upon the prints. Discovering when the footprints were actually left at Engare Sero proved to be an enormous challenge for researchers, but once they realized that water had carried the ash to Engare Sero determining the footprints’ age became possible by determining the mud’s youngest crystals. The study was recently published in the journal Palaeogeography, Palaeoclimatology, Palaeoecology. ]]>