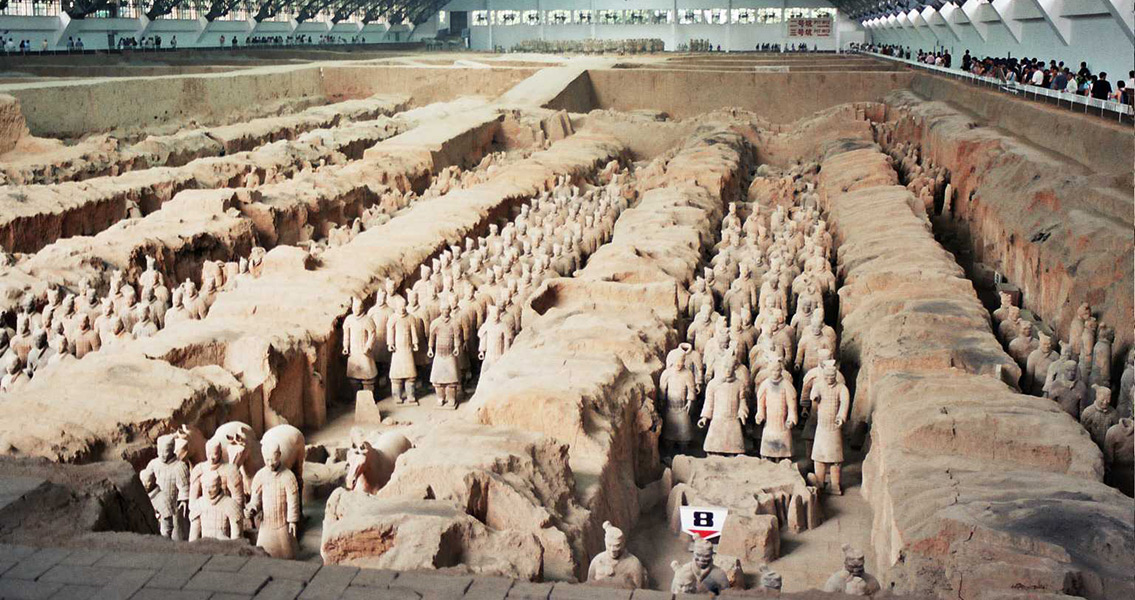 Was the Terracotta Army the Result of Greek Influence?

Guardian. “We now think the Terracotta Army, the acrobats and the bronze sculptures found on site, have been inspired by ancient Greek sculptures and art.” Lukas Nickel, from Vienna University, told the Guardian: “I imagine that a Greek sculptor may have been at the site to train the locals.” Ying Zheng, who took the name of Qin Shi Huang Di—the First Emperor of Qinook, ascended to the throne in 246 BCE when he was only 13-years-old. By 221 BCE, he had successfully unified a number of warring kingdoms. During his reign, Qin standardized coins, measures and weights; interlinked the kingdom’s states with roads and canals; and built the first Great Wall. According to the writings of the court’s historian Siam Qian, Qin ordered the construction of the mausoleum soon after becoming emperor. Over 700,000 laborers labored on the project, which was completed in 209 BCE, a year after Qin’s death. Archaeological finds from the site have already revealed the extent of early trade. The Silk Road, with numerous caravan stops and trading posts, was established in the third century during the Han dynasty. However, a number of the trade routes had already been in existence for years. Chinese historians documented the arrival of Roman traders when Augustus was emperor of Rome (27 BCE to 14 CE), during which time Chinese silk was flooding into Rome. Writers like Seneca even denounced those who wore it as immoral and effete. The research is discussed in the documentary, The Greatest Tomb on Earth, sponsored jointly by the BBC and National Geographic. ]]>