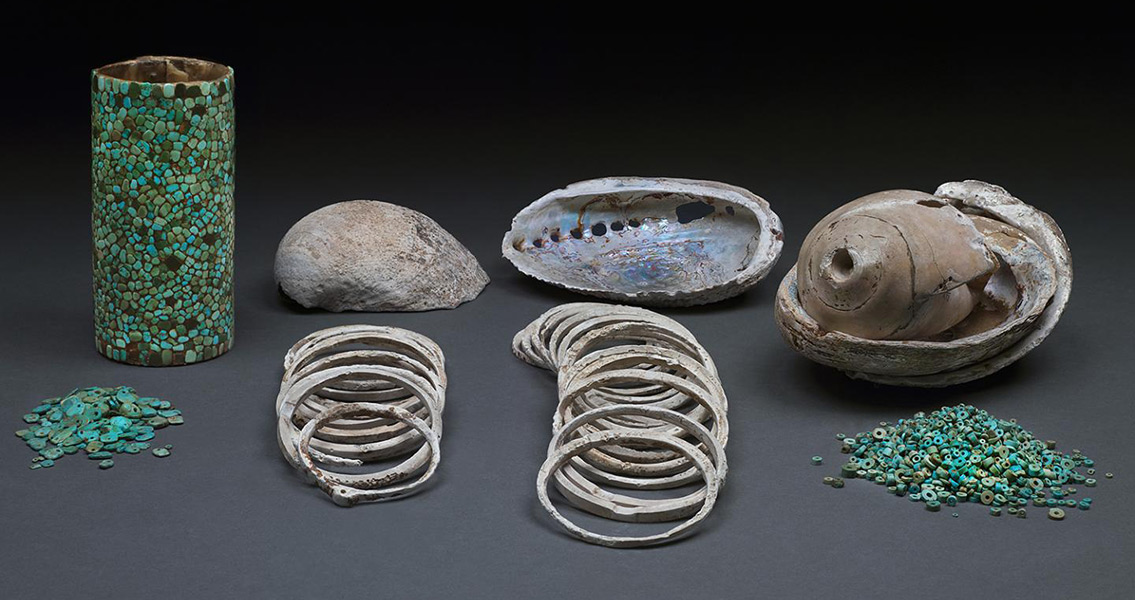 Nature Communications, the researchers note that the crypt was purposefully constructed for a high status member of the community. The initial burial was for a man in his forties killed by a blow to the head. His burial is the richest ever found in the southwest USA, his grave goods including 11,000 turquoise beads and 3,300 shell beads alongside other artifacts including abalone shells and a conch shell trumpet originating from the Gulf of California. The other thirteen burials in the building had taken place over the course of the following 300 years. This led the team to wander if the fourteen people had all been related. DNA analysis found that all of the individuals shared the same mitochondrial genome sequence. Inherited only from the mother, matching mitochondrial DNA not only suggests a group of individuals were from the same family, but that the inheritance was matrilineal. Once the matrilineal connection had been established, the team looked to determine specific relationships among the individuals. “Using DNA sequences from the nuclear genome combined with the radiocarbon dates, we identified a mother-daughter pair and a grandmother-grandson relationship,” said Kennett. “For the first time, we’re saying that one kinship group controlled Pueblo Bonito for more than 300 years,” said Steve Plog, Professor of Archaeology, University of Virginia, who worked with the team to radiocarbon date the remains. “This is the best evidence of a social hierarchy in the ancient Southwest.” The study is available at Nature Image: Selection of turquoise and shell artifacts found in Room 33 of Pueblo Bonito (Chaco Canyon, New Mexico, USA), courtesy of Roderick Mickens ©American Museum of Natural History]]>