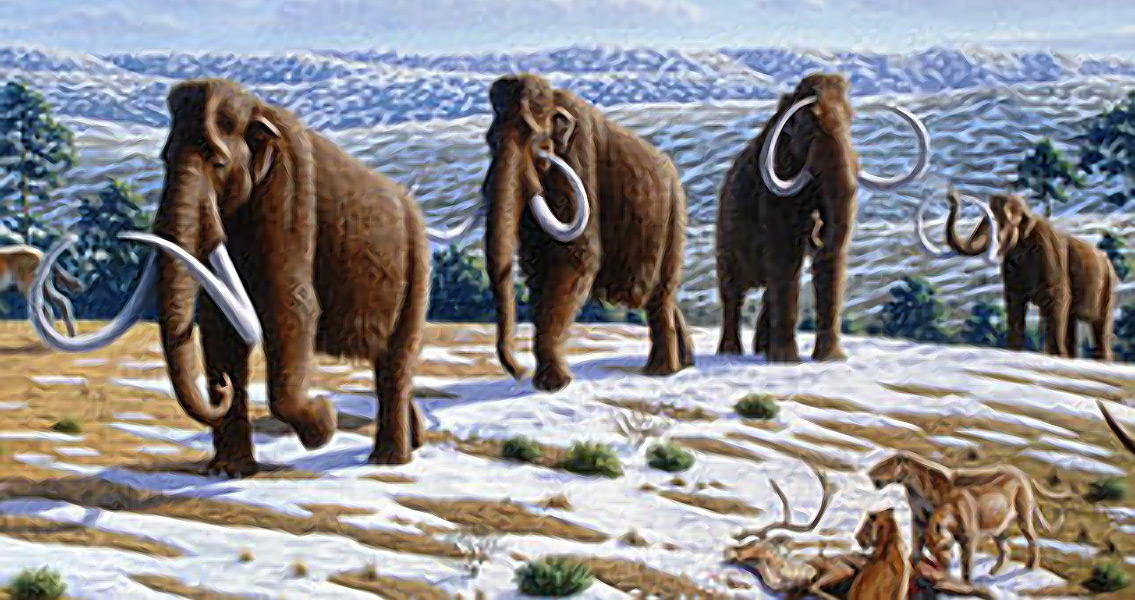 The Guardian. “Actually, it would be more like an elephant with a number of mammoth traits. We’re not there yet, but it could happen in a couple of years.” Already dubbed a “mammophant”, the animal would have numerous mammoth traits such as small ears, shaggy hair and blood that allows the animal to tolerate freezing temperatures. The existence of an actual mammophant however, is still years beyond the creation of an embryo. Future plans, which could take more than a decade to realize, are to grow the embryo in an artificial womb in a lab. The scientists believe their modifications can help the endangered Asian elephant, and help battle global warming by reducing the rate at which Arctic permafrost is thawing. As the permafrost thaws, the process of microbes consuming the organic material beneath it releases huge amounts of the greenhouse gas methane into the atmosphere. When herds of mammoths wandered the Arctic, they suppressed forest growth which in turn prevented the melting of permafrost. “They keep the tundra from thawing by punching through snow and allowing cold air to come in,” Church explained in the article, “In the summer they knock down trees and help the grass grow.” There are critics of the team’s work who consider the revival of extinct creatures to be filled with unpredictable consequences, such as the impact such an introduction would have on elephants and other animals. Regardless of the ethical considerations the team of scientists continues their work. They successfully grew a mouse embryo inside an artificial womb for 10 days, half of its 20-day gestation period. An elephant calf‘s gestation period is 660 days, making growing one a much more difficult feat. Professor Church recently spoke about his team’s progress trying to recreate the long-extinct mammoth’s genetic blueprint over the past two years at the annual meeting of the American Association for the Advancement of Science (AAAS) in Boston. ]]>