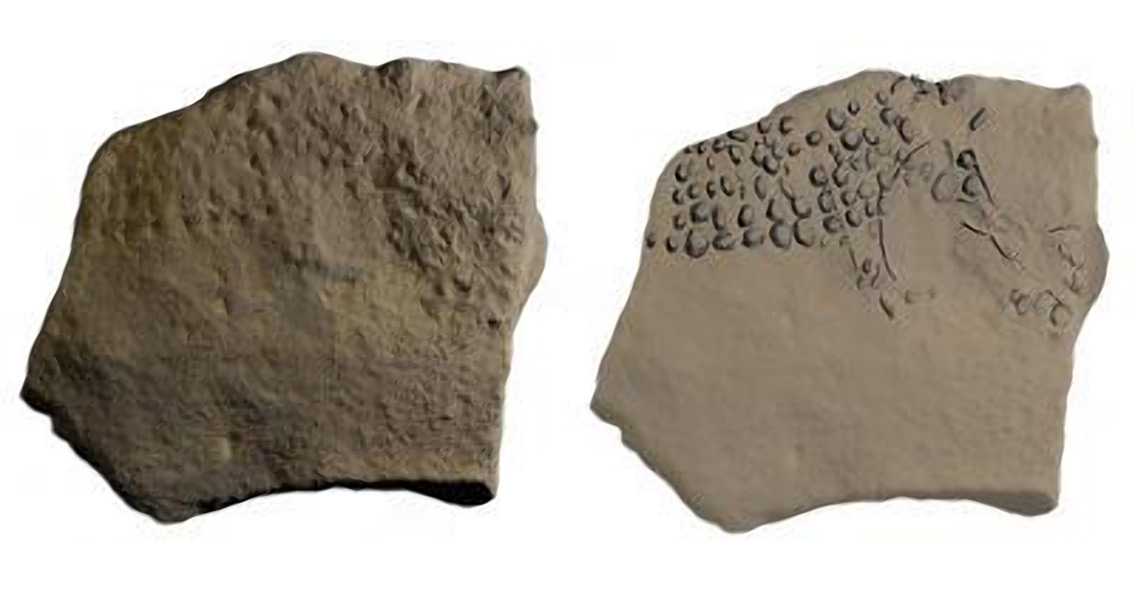 Last month, White and colleagues announced the discovery of a 38,000 year old engraving of an aurochs – representing some of the earliest known graphic imagery found in Europe. Since then a further sixteen blocks have been found, including a pointillist image of a mammoth, in a nearby rock shelter known as Abri Cellier. Crucially, one of the limestone blocks was found still in place, allowing it to be carbon dated to 38,000 years old according to the article in Quaternary International detailing White and colleagues’ findings. Abri Cellier has long been a vital window into Aurignacian art. Excavations carried out there in 1927 led to fifteen engraved or otherwise altered stones being discovered. The 16 blocks discovered by White and his team had actually been left behind by the 1927 excavators, highlighting the problems with identifying art from the European Aurignacian. The engravings on the stones are incredibly rudimentary, and in 1927 would have been difficult to interpret. The new article by White and colleagues provides evidence that the 38,000 year old origin for the sixteen newly discovered engravings can also be applied to the fifteenth found in 1927 which now reside in the French National Prehistory Museum. White and colleagues’ discoveries in the Vézère Valley are adding weight to isolated discoveries made elsewhere pointing to a form of pointillism being employed by Europeans in the Aurignacian. A rhinoceros image found on a cave wall in Grotte Chauvet, France, for instance, was likely created by dozens of dots being painted on a hand before then being applied to the cave wall. For ten years the work of White and his team has been drastically improving the understanding of Upper Paleolithic graphic imagery in southwestern France. Indeed, the team’s work has increased the sample of Aurignacian graphic arts in the region by 40%. ]]>