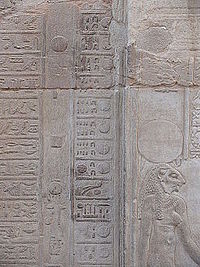 From Time to Time: a short history of calendars

Egypt Around 4000 BC the Egyptians transitioned from a straight lunar calendar to a sun- and star-based calendar. Their New Year happened in high summer (in July by the current Gregorian calendar) on the day when Sirius rose above the eastern horizon again after staying below the horizon for seventy days. This was significant for religious reasons; Sirius was associated with the earth-goddess Isis, and was also said to be the source of spiritual energy, as the sun was of physical energy. That date was also important for agricultural reasons: on or shortly after Sirius’ reappearance the Nile began to flood. The Egyptian calendar year was divided into three four-month-long seasons: flood season, emergence season, and low water. Each month was divided into three ten-day ‘decans’, and the last two days of each decan were kept as holidays. Each year also contained 5 days that were not assigned to any month; on those days the birthdays of gods were celebrated.

The ancient Sumerians also began with a strictly lunar calendar. A new month began whenever a new crescent moon rose. By 2400 BC the Sumerians began experimenting with a lunisolar calendar. This calendar had alternating 29-day and 30-day months, so that each day of the month remained correlated to a given moon phase. There were twelve lunar months in a year. Whenever the lunar year got too far out of sync with the solar year, an additional month was added to the year’s end. Initially each city decided independently when or whether to add new months. Around 380 BC the Persians, who were then ruling the Sumerian empire, worked out a standardized cycle for every city to use: a 19-year cycle where the 3rd, 6th, 8th, 11th, 14th, 17th and 19th years had thirteen months while the rest had twelve. This kept the lunar and solar years more or less in harmony.

Between 2000 and 1000 BC the Chinese developed a detailed solar calendar. The solstices and equinoxes were given fixed dates, and seasons were held to begin halfway between them (summer, for instance, began halfway between the vernal equinox and the summer solstice.) A total of twenty-four ‘node days’ evenly divided the year. The Chinese also observed alternating 29-day and 30-day lunar months, and used the same cycle as the Sumerians for adding extra months to years so that the lunar and solar years mostly kept pace with each other. The date of the New Year was changed for political reasons by successive dynasties until it was finally settled as the second (or sometimes, in a thirteen-month year, the third) new moon after the winter solstice.

The Mayans and some other pre-Columbian peoples used two distinct calendars. The Haab, the basis for the agricultural year, was a solar calendar with eighteen twenty-day months and one five-day month. In some cultures the five-day month was a sacred time. Others kept festivals on other dates set by the Haab calendar.

There was another calendar, the Tzolk’in, which seems to have been mostly used to set ceremonial dates. The Tzolk’in is divided into twenty periods of thirteen days. New Year’s Day was celebrated at the beginning of each Tzolk’in cycle. The two calendars were combined to produce the Calendar Round, which gave dates according to their Haab and Tzolk’in reckoning. A given Haab and Tzolk’in combination would recur every 52 years. Some Mayans believed that a person attained the wisdom of an elder after living through one full Calendar Round cycle. Finally, there was the “Long Count’ calendar which measured each day’s position relative to what was believed to be the 7,885 years which spanned from the beginning of the world to its destruction and rebirth. European guesses about the origin point of the Long Count calendar led to the popular rumors that the world would end in 2012.

The Islamic calendar, like the Tzolk’in, is not tied to the solar year. It is strictly measured in lunar months based, not on a count of days, but on the actual observation of the new crescent moon. It begins from the date of the Hegira, the prophet Mohammed’s journey from Mecca to Medina (July 15, 622 by the Gregorian calendar.) Each year is made up of twelve lunar months. Saudi Arabia and some other Middle Eastern countries use the Islamic calendar for their official calendar.

The Roman Republic in the 500s BC used a solar calendar with four 31-day months, seven 29-day months, and one 28-day month. This totaled 355 days; a leap month was added every 2 or 3 years to keep the calendar year in sync with the seasons. The Pontifex Maximus, or high priest, was responsible for declaring leap months. But since the priest’s term of authority was tied to the calendar year, there was some concern about priests adding unnecessary leap months in order to extend their terms. Under Julius Caesar the leap month was eliminated, regular months were lengthened, and a leap day was added to February once every four years. This nearly approximated the actual solar year, but the leap years occurred a little too often, leaving a calendar 4-year period a little longer than a solar 4-year period. In 1582 AD Pope Gregory announced a new calendar formulation with slightly less frequent leap years, and also ordered an abrupt change in date to bring the dates back in line with the seasons. Those countries which adopted the change immediately dropped 10 days. But the adoption of the calendar was slow in some parts of the world. The United Kingdom and its colonies changed over in 1752, dropping 11 days; Turkey changed over in 1926, dropping 13 days. Read more about early calendars at the links below: Ancient lunar calendars: https://sservi.nasa.gov/articles/oldest-lunar-calendars/ Egyptian and Sumerian calendars: http://www.webexhibits.org/calendars/calendar-ancient.html#anchor-babylonian Chinese calendar: http://www.math.nus.edu.sg/aslaksen/gem-projects/hm/Chinese_Calendar.pdf Mayan calendar: https://maya.nmai.si.edu/calendar/calendar-system Roman calendar: https://www.timeanddate.com/calendar/roman-calendar.html Julian/Gregorian: https://www.timeanddate.com/calendar/julian-gregorian-switch.html      ]]>
Share 0
Tweet
Share
Share
Share