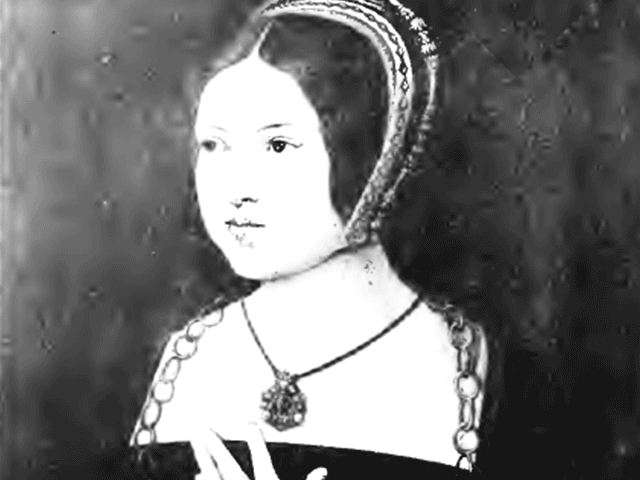 BBC History Extra magazine: “The similaritiesbetween the carvings on the chest and the illuminations in the Book of Hours are striking. Three illuminated documents relating to the royal wedding all show the IM monogram (James and Margaret) tied together with a similar love knot, just as it is carved on the chest.” Indeed, the distinctive artwork became something of a trademark for the wedding. Alongside the couple’s initials is a knot made of thistles – the symbol of the Stewart family. This was a symbol of James’ loyalty to the Scottish throne, and a reminder for Margaret. The design was replicated beyond wedding just paraphernalia. It also decorated the floor tiles of Linlithgow Palace, the residence of Scottish royalty during the fifteenth and sixteenth centuries, and James’ gift to Margaret. James and Margaret’s marriage was one that would go on to be hugely significant in the history of the United Kingdom and represents something of a turning point in the relationship between England and Scotland. The marriage was agreed on the day of the signing of the Treaty of Perpetual Peace in 1502. The treaty was intended to stop the intermittent skirmishes between the two kingdoms. It laid out rules for the administration of the country’s borders, and put in place systems to resolve conflicts before they escalated. A century later the true significance of the marriage would become apparent. Until the seventeenth century, Margaret’s line in the Tudor succession had been excluded. However this began to change, as Elizabeth I’s reign came to an end it became increasingly difficult to find an acceptable successor. James VI, Margaret and James’ IV grandson, was ultimately selected as the most appropriate heir. This ‘Union of the Crowns’ marked the first time England, Scotland and Ireland were ruled by a single monarch. It also marked the end of the Tudor line, as Elizabeth proved to be the dynasty’s last monarch. In 1707, the transition to a single United Kingdom was complete, as the Act of the Union united the three countries under a single monarch The marriage that the oak chest commemorates came to symbolise the start of great changes in the United Kingdom. It was central to the unification of Scotland and England into the Kingdom of Great Britain, and facilitated the eventual closing of the Tudor Dynasty. Its discovery is particularly poignant as Scotland prepares to vote on whether it should be an independent country. As the future of the union is about to be decided, this oak chest is a reminder of the marriage that helped create the Union in the first place.]]>