BREAKING NEWS
GMT+2 10:09
Home Breaking News Dinosaurs May Have All Had Feathers 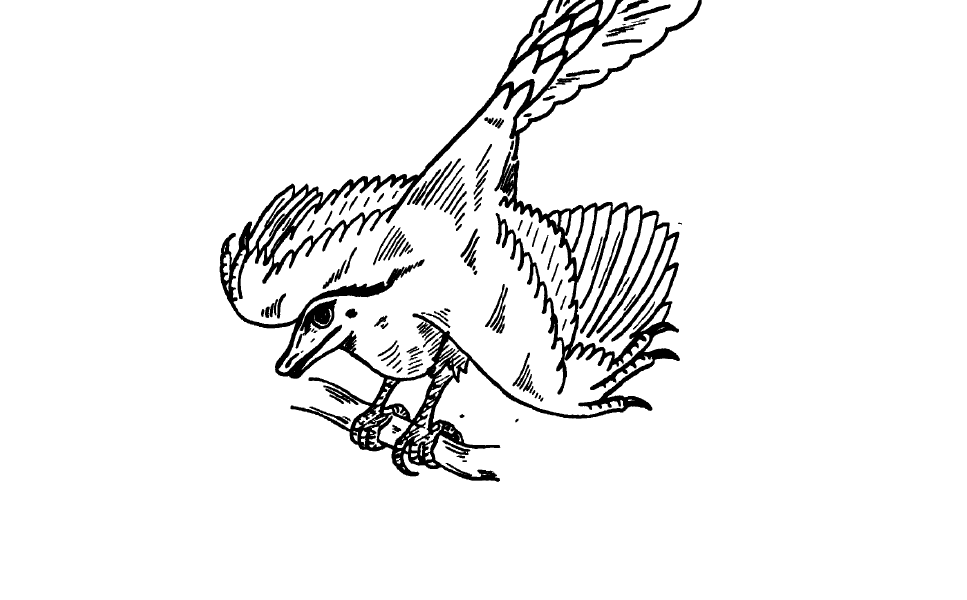 Dinosaurs May Have All Had Feathers

Kulindadromeus zabaikalicus, which had feathers. For nearly two centuries it has been taught that dinosaurs were large reptiles that had tough scales and a lizard-shaped head. The recent discovery may prove years of schoolwork wrong. The dinosaur found was 4.5 feet (1.5m) long, beaked, with large legs, short arms, a long tail and is thought to have been bipedal. This is actually not the first feathered dinosaur of its kind to be found. Way back in the 1990s, scientists have found at least five species of dinosaurs in China that had feathers. These dinosaurs were theropods (a type of dinosaur) and  carnivores. The infamous Tyrannosaurus rex is a part of this group. However, the dinosaur that was recently found was a herbivore and from a different dinosaur family, which meant that it could not have been related to the older feathered species found. The Kulindadromeus must have evolved differently than the rest of these dinosaurs, and hence many other dinosaurs may be the same way. Because of this, scientists are rethinking what dinosaurs may have looked like. The Kulindadromeus genus of dinosaur lived in Siberia, near the Kulinda River. Its legs and elbows were feathered, and there were streamlined feathers on its back. At least six skulls of this dinosaur was found in a fossil bed at the bottom of a lake, and they were all juveniles, which has scientists believe that they did not die in a catastrophe, but rather separate events. The skulls were buried under volcanic ash, preserving much of the feather imprints on the fossil bones. “Kulindadromeus” means “Kulinda River running dinosaur”, while “zabaikalicus” relates to the region of Siberia where it was discovered, Zabaikalsky Krai. The skin of the dinosaur resembled the skin of some birds, which provides even more evidence that today’s birds have evolved from the dinosaurs, according to the study. Lead author on the paper, Pascal Godefroit, is a paleontologist from the Royal Belgian Institute of Natural Science in Brussels. He and his colleagues state that while this find is significant, more studies should be done on this subject. There is a lack of evidence that feathers developed in all dinosaurs, since fossil records with feathers are in the minority. Before this, birds were thought to have come from the line of the archaeopteryx and other winged creatures. These feathers may have served as a method for insulation, such as in the case of Kulindadromeus, which lived in colder climates. Larger dinosaurs also may have had fewer feathers than smaller dinosaurs, as they would conserve heat more easily. We’re still a long way off from confirming whether or not all dinosaurs had feathers, but what it does mean is that feathers did not start off with birds, instead they evolved very early in history with the dinosaurs.]]>