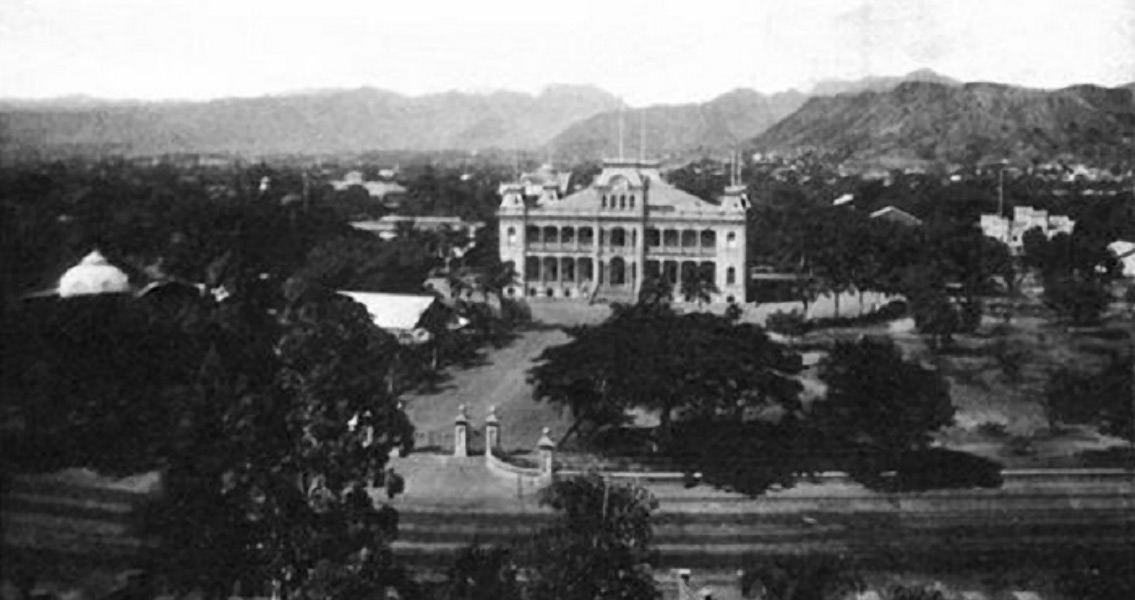 The End of Monarchy in Hawaii

Liliuokalani succeeded to the Hawaiian throne in 1891, and seemed determined to reverse the growing US influence. She refused to accept the Bayonet Constitution of 1887, and instead replaced it with one built around her own personal authority. Her actions triggered a response from the European and American population on the island, who organised themselves and gained support from the US marines stationed at Pearl Harbour. Two years after Liliuokalani came to power, she was deposed in the bloodless coup. When Grover Cleveland took the US presidency in March he offered some hope to the supporters of the monarchy by ordering an investigation into the coup. It was concluded that the monarchy had been deposed illegally. Aware that the majority of Hawaiians did not support Dole’s new regime, Cleveland sent an ambassador to Hawaii to return the queen to power under the old constitution of 1887. Dole refused to stand down, and Cleveland was reluctant to use force. Hawaii was not annexed to the United States, but Dole was left to rule over a newly independent republic. The breakout of the Spanish American War in 1898 finally pressured the US Congress into officially annexing Hawaii, to ensure the United States kept control of the strategically vital Pearl Harbour. Two years later the islands were officially absorbed into US territory, and in 1959 they finally became the fiftieth State. Hawaii is the only US state to have formerly been an independent country with its own monarchy. During Bill Clinton’s term in office an official apology was issued by the US government, admitting the Hawaiian monarchy had been abolished illegally. Hawaii was the last state to join the USA. The process by which it did proved to be incredibly controversial.]]>