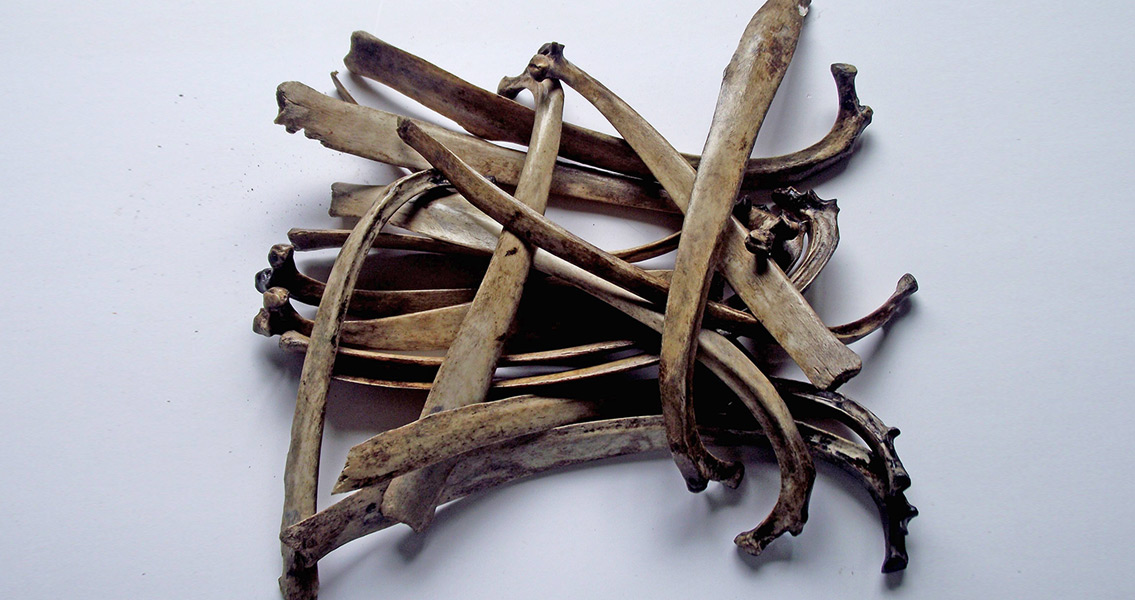 American Journal of Archaeology. Smith and Leon found examples of different types of divination. Knucklebones of bows, sheep and goats were found in Gegharot, indicating osteomancy (the practice of divination through the study of bones). “You would roll [the bones] and depending upon whether the scorched side or the marked side came up you would make a different interpretation,” Smith said. Inside a basin at one of the shrines, archaeologists found 18 small stones. “These stones appear to have been selected for their smooth, rounded shape and their colour palette, which ranged from black and dark gray to white, green and red,” Smith and Leon write. It is currently unclear exactly how these stones would have been used in divination rituals. Of particular interest was an installation used to grind flour, found in a shrine on the fortress’ east citadel. “What is conspicuous about the grinding installation in the east citadel shrine is the lack of a formal oven for bread baking,” Smith and Leon write. The basin “was clearly used for burning materials and certainly could have been used to bake small balls of dough, but it is unlikely that it would have been used to cook loaves of bread.” It seems that the grinding installation was used in aleuromancy, a practice of predicting the future using flour. The shrines were used for about a century, until the fortress at Gegharot was destroyed. During the Late Bronze Age, there was a lot of conflict in the south Caucasus, with regional warlords often fighting against each other. While divination was a vital source of power for the rulers of Gegharot, it was unable to help them in a time of need; Gegharot’s ruling elite seem to have been deposed in a clash with other regional polities. For more information: www.ajaonline.org Image courtesy of Wikimedia commons user: Pinkpasty]]>