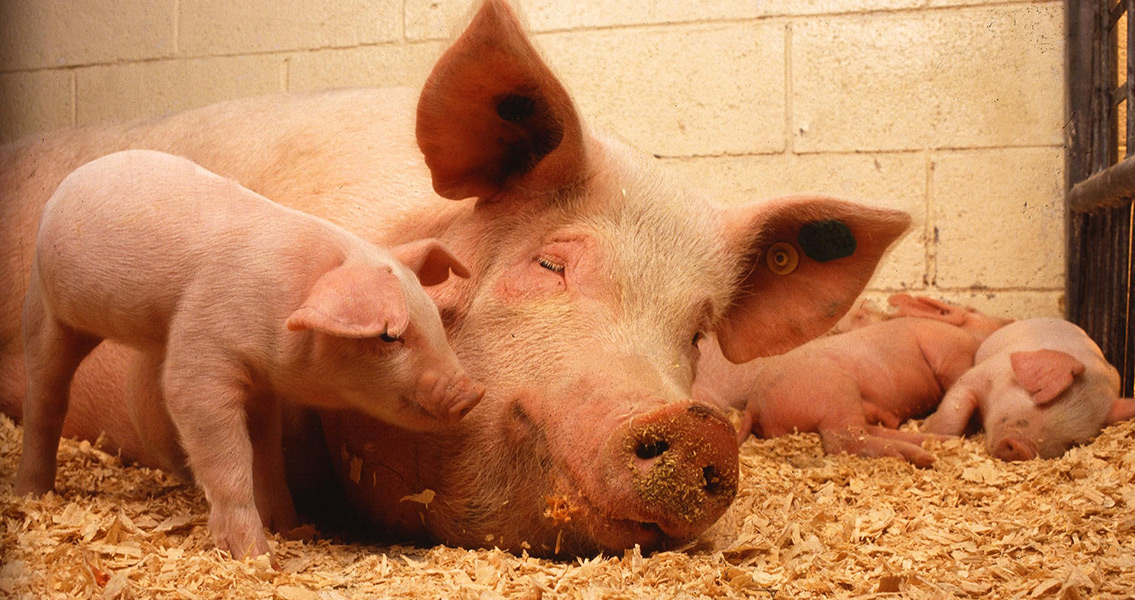 Journal of Archaeological Research, attempts to examine why the pig disappeared from the human subsistence system in the Middle East. Redding’s research is important for our understanding of the historical reasons behind cultural practices which prohibit the consumption of pork. Wild pigs were indigenous to the Middle East and occurred throughout the area. “From archaeological faunal data, we now know that wild pigs were present in the Early Neolithic of Egypt in the Fayyum and the Nile Delta,” Redding writes in his report. These wild pigs spread and their domestication followed, with the first attempts to domesticate the animals in the Middle East occurring around 11,000 BCE. Earlier research had found that domestic pigs were common in the Fertile Crescent between 5,000 and 2,000 BCE. As pigs are not useful work animals and do not provide secondary resources such as wool or eggs, it is clear that pigs were being eaten in the area until at least the first millennium BCE. Why this changed has been a puzzle for researchers. One of the reasons why pigs did not continue being consumed in the Middle East could have been their water needs. Pigs are unable to cool themselves with sweat glands and require substantial amounts of drinking water, much more than cattle or goats. This constant need for water makes pigs “difficult to move in arid and semiarid environments, since they must be moved from water source to water source and only in cooler weather,” Redding notes. This would not have presented much of a problem, however, as pigs were used in a subsistence manner, rather than traded for profit. Redding proposes that pigs may have been replaced by another domestic animal: the chicken. Chickens would have presented a significant challenge to the continued farming of pigs, as they had competing food and labour needs. In this situation, humans would have had to make a decision between pigs and chickens. Chickens have several advantages over pigs. First, they are a more efficient source of protein than pigs; chickens require 3,500 litres of water to produce one kilo of meat, pigs require 6,000. Secondly, chickens produce eggs, an important secondary product which pigs do not offer. Third, chickens are much smaller and can thus be consumed within 24 hours; this eliminates the problem of preserving large quantities of meat in a hot climate. Finally, chickens could be used by nomads. While neither chickens nor pigs can be herded in the same way as cattle, chickens are small enough to be transported. “Under these circumstances, the chicken becomes a major protein resource,” Redding states. The chicken, therefore, provided Middle Eastern populations with a more efficient protein resource. Pigs became a redundant animal in the subsistence system, but they were not entirely replaced. “Indeed, contrary to expectations based on the religious prohibition of the pig, it never disappeared from the Middle East,” Redding concludes. For more information: www.springer.com Image courtesy of Wikimedia commons user: Fæ ]]>