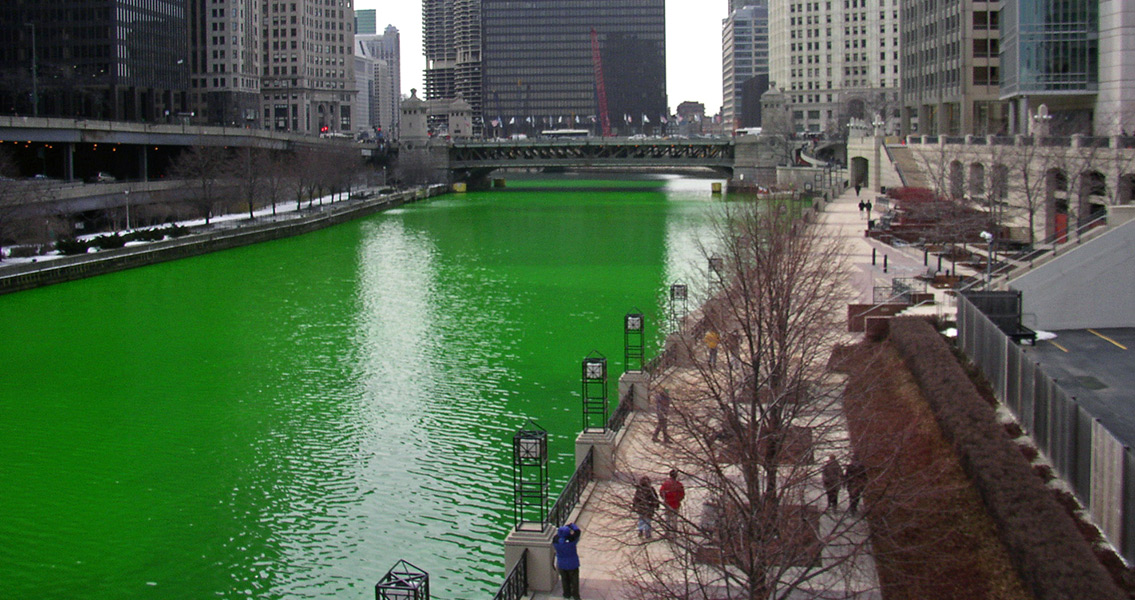 Confessio, the book he wrote during his later years. He was born in Great Britain to a family of Roman citizens sometime in the late fourth century CE. As a teenager he was captured in either Wales or Scotland by Irish Marauders, who took him to Ireland and enslaved him. His years of capture supposedly saw St. Patrick move away from the pagan beliefs of his upbringing to find comfort in the teachings of Christianity. The story of St. Patrick claims that this faith paid off, with a ‘voice’ guiding St. Patrick in his escape from Ireland and safe return to his family. Supposedly inspired by another supernatural encounter, Patrick decided to return to Ireland as a missionary, taking on the role of bishop and then cleric. He lived a life of piety and poverty, converting thousands of Irish to the Christian faith and building a host of churches throughout the country. This second stint in Ireland is when much of the most obvious St. Patrick’s Day imagery originated. The ‘Shamrock’ was a three leaf clover used by Patrick to explain the Holy Trinity to the natives of Ireland. He is claimed to have baptised thousands of people on one day, and turned a walking stick into tree simply by planting it in the ground. One of the most recognisable images associated with Patrick is that of him driving snakes out of Ireland. Archaeologists have since determined that in the entirety of the post-glacial period there have never been snakes in Ireland, suggesting this myth originated to explain that historical abscence, or the snakes were in fact some kind of worm. The first observances of St. Patrick’s Day in Ireland took place in the seventeenth century. This was a modest feast day, completely detached from the modern day celebrations and instead routed in piety and religious contemplation. St. Patrick slowly developed into the Patron Saint of Ireland, and the day was officially recognised by the Vatican in 1631. It remained a religious celebration, designed to commemorate St. Patrick on the anniversary of his death, and finally became a national holiday in Ireland in 1904. A vital key to the internationalisation of St. Patrick’s Day was it’s simultaneous development among the Irish immigrant communities living in North America. The first recorded celebration took place in Boston in 1737, when a group of Irish men held a dinner to celebrate the Irish patron saint. The first St. Patrick’s Day parade was held in New York City in 1766, when Irish Catholic Members of the British Army paraded the city’s streets, playing drums and traditional Irish woodwind instruments to celebrate the Saint’s Day of their homeland. Increasing Irish immigration to the United States following the American Civil War saw St. Patrick’s Day take on greater and greater significance. It became a statement of unity and strength among the Irish immigrant communities as they faced increasing persecution from the more established communities in American society. As time wore on, and the Irish community became more integrated into American society through subsequent generations, the meaning of the celebration changed. By the end of the nineteenth century, St. Patrick’s Day celebrations took place in a host of the USA’s major cities, and the occasion increasingly became a celebration of joint identity for Irish Americans, a statement of their intent to become absorbed into American culture. The traditions of Saint Patrick’s Day refined in the United States are just as important to its identity as its origins in Ireland. Proof of this can be seen in the number of St. Patrick’s Day traditions that originated in North America. The military parade for instance, which originated in 1760s New York, was later adopted into Irish tradition in the 1920s. St. Patrick’s Day is synonymous with Irish culture, but its globalisation is undoubtedly a result of its absorption into American tradition. Perhaps the international recognition of St. Patrick’s Day is not down to its celebration of one culture, but rather, because it has come to symbolise the benefits of successful cultural integration and exchange, a theme increasingly important in a cosmopolitan world. ]]>