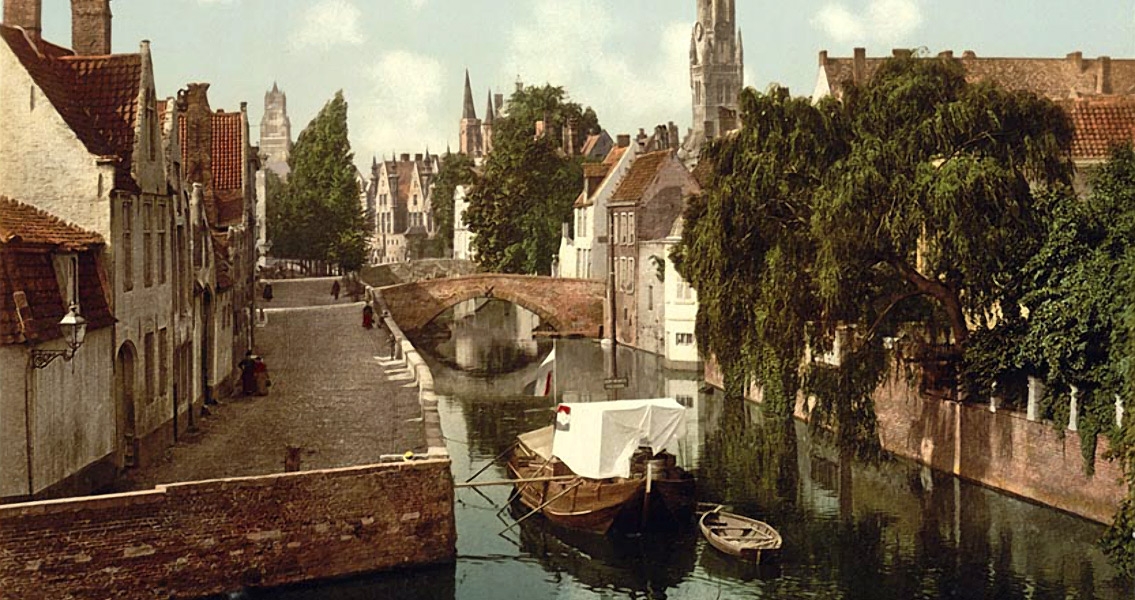 Nobles in the Streets: A Historical Curiosity

Posted By: Adam.Steedman.Thakeon: May 11, 2015In: Breaking NewsNo Comments
Print Email

Past and Present, one of the most prestigious historical journals in the English-speaking world. “Indeed, the elites of Ghent, Bruges and Ypres, the three leading cities of the county [of Flanders], had begun to acquire rural estates as early as the second half of the thirteenth century, and members of the urban middle classes soon followed their example.” Since the early twentieth century, historians have assumed that urban elites who bought rural properties gave up their previous lifestyle. In what is called the ‘betrayal of the bourgeoisie,’ leading merchant families abandoned commerce entirely, preferring to pursue noble status rather than profit. Buylaert, however, suggests that this is a fundamentally flawed assumption. Acquiring rural estates, Buylaert argues, did not mean a withdrawal from the urban economy, or from commercial activities in general. Urban merchants “used their rural properties as pledges for contracts to buy or sell industrial goods that were made in or marketed through cities,” Buylaert explained. “Land was also a hedge against market fluctuations, a way of diversifying the investment portfolio.” Far from abandoning their lucrative commercial ways, therefore, these urban merchants used their rural holdings to further their mercantile aims. But what about the nobles seen in the streets of Bruges? Buylaert states that the ennoblement of city-dwellers must be seen in a context of a reciprocal urbanisation. For a long time before the first city elites were accepted into their ranks, Flemish nobles were striving to adapt to the increasing dominance of large cities; this urban growth through the medieval period held particular risks in Flanders, one of the heartlands of European feudalism. By the late thirteenth century, Ghent, Bruges and Ypres had become the economic, demographic and military powerhouses in the county of Flanders. The cities had gained so much power, in fact, that they started to dominate the political decision-making processes. “In response to the power of these cities,” Buylaert argues, “Flemish nobles… invested in urban life and the urban economy, thereby assuring the preservation of their social and political position. It was this investment that, in turn, allowed city elites to enter their ranks as seigniorial lords.” Buylaert has revealed a remarkable piece of social history by examining a rather curious incident in the history of Bruges. By exploring why a group of Flemish nobles were seen in an urban environment – somewhere they supposedly should not have been – Buylaert has re-evaluated how we should look at the medieval nobility. It appears that the elite of society were not apart from the rest of the population and their membership was, at least to an extent, porous. For more information: www.past.oxfordjournals.org Image courtesy of Wikimedia Commons user: Dzlinker]]>