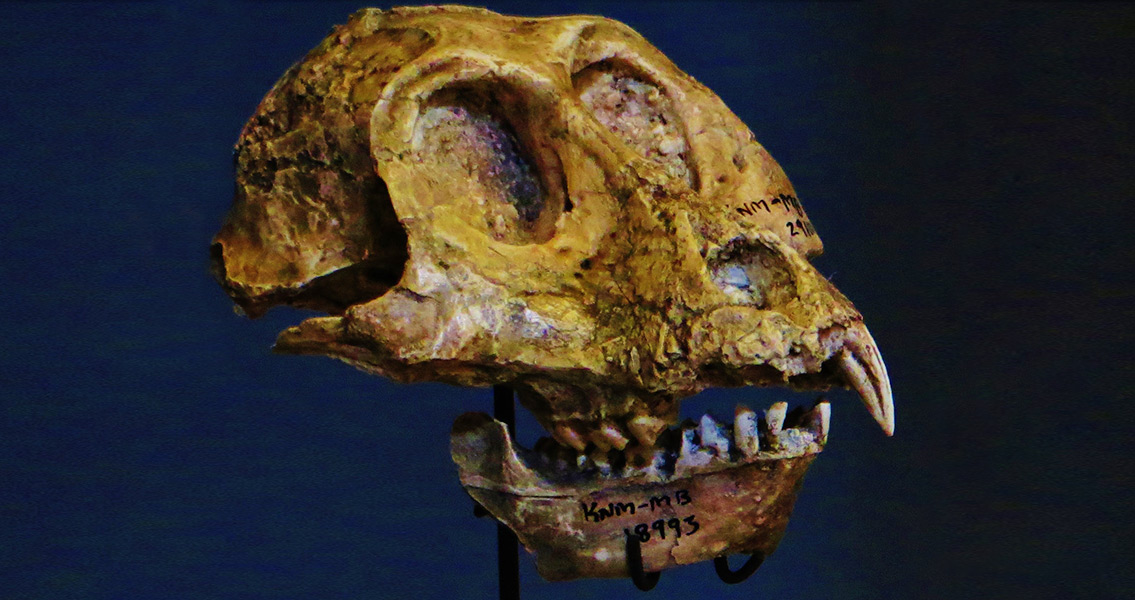 Victoriapithecus, an ancient monkey species that has evolutionary links to macaques, baboons, and other smaller primates in the family, once roamed Africa at a time when humanity was still spreading across the globe in tribes of hunter-gatherers. The skull of this particular monkey was discovered in Kenya on an island in the middle of Lake Victoria in 1997. So far, the skull is the only evidence that the monkey species ever existed, as there have been no other Victoriapithecus remains found since. An extremely rare find, the Victoriapithecus skull is one of the few remains of early primates that have survived to the modern day. The skull represents an unprecedented opportunity for scientists to delve into the secrets of early primate brain development – and by extension the brain development of early humans, which share an evolutionary link not just to Victoriapithecus but to all primates thanks to our shared ancestry. An international research team from the Max Planck Institute for Evolutionary Anthropology in Germany and Duke University in the United States used high-resolution X-rays to construct a 3D model of the brain of Victoriapithecus. The scientists discovered that the long-extinct monkey’s brain was around half the size of a modern monkey’s living today – only around 36 cubic centimeters – but despite the difference in size the level of complexity of the Victoriapithecus brain was quite high, as the folds and wrinkles in the monkey’s brain were tightly grouped. In a press release accompanying the publication of the team’s findings in the journal Nature Communications, study co-author Lauren Gonzales said that accepted academic thought had been that the size of primate brains grew before adding additional folds and complexities. However, the imaging of the Victoriapithecus brain has revealed the reverse, providing some of the clearest proof that in this case the complexity came before the size of the primate brain evolved to become bigger. The research may also be able to aid in backing up the claims that Homo floresiensis, a humanoid primate species dating from at least 18,000 years in the past, was able to use stone tools and make fire despite having relatively small brains for their body size. Additional discoveries made by the research team include that the monkey species had an olfactory bulb, the region of the brain that controls smell, that was around three times larger than it was expected to have been. This led the team to suggest that Victoriapithecus had a highly developed sense of smell – one that might have been better than its modern living cousins have today. For more information: www.nature.com Image courtesy of Wikimedia Commons user: Ghedoghedo]]>