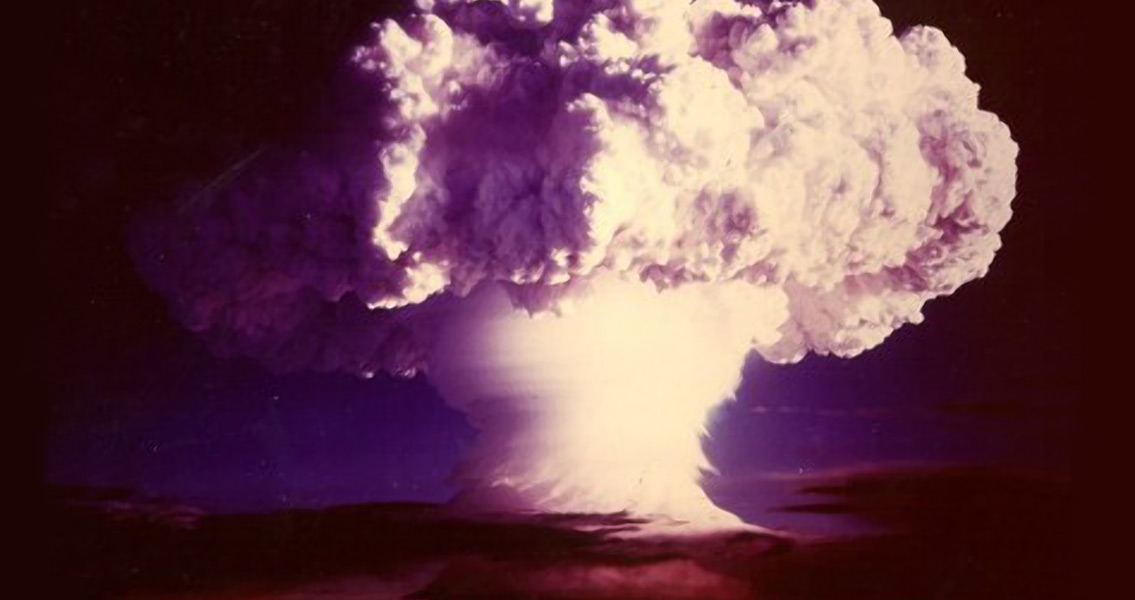 Enola Gay dropped an atomic bomb on Hiroshima, Japan. Less than a week later, the USA launched a second atomic attack on Nagasaki. The devastation caused by this frightening weapon ultimately led to Japan’s surrender in the Second World War, on 15th August. The death toll from the two attacks and their aftermath is estimated to have been between 129,000 and 246,000 people. Although the morality and necessity of the two atomic bomb attacks remain hotly debated, undoubtedly the work carried out by the Manhattan Project in developing the atomic bomb was hugely significant in the closing period of the Second World War. Even now, the consequences of the development of nuclear weapons are abundantly clear across the globe, as shown in the recent negotiations aimed at restricting Iran’s nuclear capability. Attempts to weaponise the fission process actually date back to 1939, when a group of scientists, many of them refugees from fascism in Europe, took steps to win support from the US government for the project. Enrico Fermi, an Italian emigre, met with representatives from the US Navy to discuss the military potential of fissionable material. It was the first such meeting with the US Government concerning what would become nuclear weapons. Later in 1939, Albert Eintein presented the potential of a fission reaction in a letter to President Franklin D. Roosevelt. By February 1940, $6,000 had been awarded to commence research into nuclear weapons. The USA’s entry into the Second World War in early 1942 saw its investment in the program increase dramatically, with all resource limits on the project removed. Taking in the work of scientists from across the USA in collaboration with those from Britain and Canada, the Manhattan project saw the USA divert huge sections of its industrial and economic might towards creating a weapon which could be decisive in the war. Named the ‘Manhattan Project’ in reference to the place where the research began, the first stages of the project involved months of theoretical research, with a key breakthrough taking place at the University of Chicago when Fermi set off the first fission chain reaction. Countless other scientists and engineers working across the USA made important progress in both harnessing radioactive material and developing the means by which it could be weaponised, helping turn the idea of the atomic bomb into a reality. The initial theoretical stage coalesced with the practical at a 428,000 acre industrial complex in the New Mexican desert. Here, a team led by Robert J. Oppenheimer had to develop a method to reduce fissionable materials to pure metals before fabricating them into shapes which could be used in a weapon. They then needed to develop means to bring the materials together quickly enough to trigger a nuclear explosion, and finally a system where this process could be executed within a bomb dropped from a plane. By the summer of 1945, sufficient quantities of plutonium for a nuclear explosion had been produced at the large scale production reactors at Hanford Engineering Works, and the team at the industrial facility in New Mexico had developed technology advanced enough to carry out the first bomb test. Two hemispheres of plutonium, which combined were about the size of a tennis ball, were moved to the test site. In the run up to the test, the scientists involved were unsure what would happen. Some speculated it wouldn’t work, and the bomb would fail to explode. Fermi had a much more apocalyptic view, believing the detonation would set fire to the earth’s atmosphere and create fires around the world. Of course, the test was a success, and the bomb generated an explosive power equivalent to 15,000 tons of TNT. By this point the US government’s investment in the Manhattan Project had risen to $2 billion, an incredible amount for the time. The first ever atomic bomb detonation on the 16th July, 1943, was significant for a number of reasons. It marked the start of a new era in history, and revealed the terrifyingly destructive power which could be achieved through modern technology, vast resources, and human ingenuity. Image courtesy of Wikimedia Commons user: U.S. Department of Energy]]>