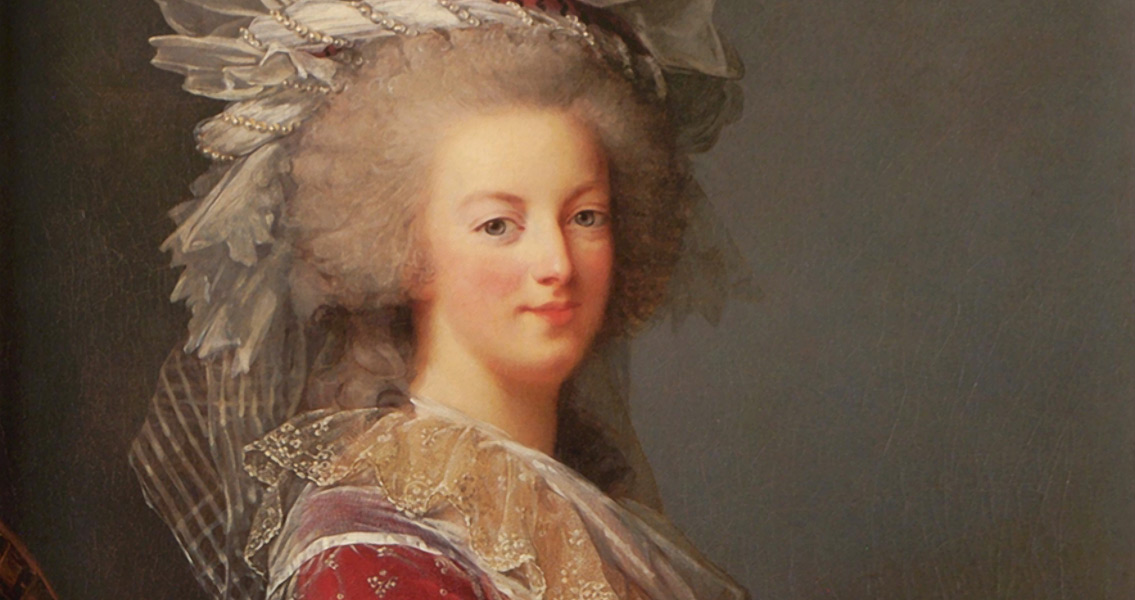 Born in Vienna in 1755, Antoinette was the fifteenth child of Holy Roman Emperor Francis I and the Habsburg Empress Maria Theresa. Part of one of the most powerful families in Europe at the time, she soon drew the interest of other monarchies around the continent. At the age of fourteen she married the future Louis XVI, sealing a new alliance between former enemies Austria and France. Before Louis’ ascent to the throne Marie Antoinette was celebrated as a teen idol in France. Following his coronation however, she became increasingly unpopular. Although stories have inevitably been exaggerated or made up – most famously the belief that she responded to a peasants food shortage by declaring “Let them eat cake” – it is clear that she lived a life almost completely antithetical to her quiet, withdrawn husband. As France entered a period of political and economic turmoil, with support of the monarchical system increasingly sparse, Antoinette’s reportedly debauched life style drew greater and greater condemnation. Spending much of her time away from the king in her private castle, the Petit Trianon, rumours began to circulate of adultery, while pamphlets accused her of ignorance of the French people, greed, and debauchery. Of course, such depictions of the last French queen have stuck. We often consider her the archetype of the excesses of extreme wealth, failing to consider that such portrayals were likely often made with ulterior motives. Indeed, many historians since, such as Charles Duke Yong, have painted her as a generous, modest monarch who tried to reform the morals of the court. Undoubtedly, the French Revolution was a vital moment in the history of democracy, coming in a society which was deeply divided between class. But is accepting the cartoonish images of Marie Antoinette failing to grasp the true complexity of the factors at play in the conflict between monarchy and people?]]>