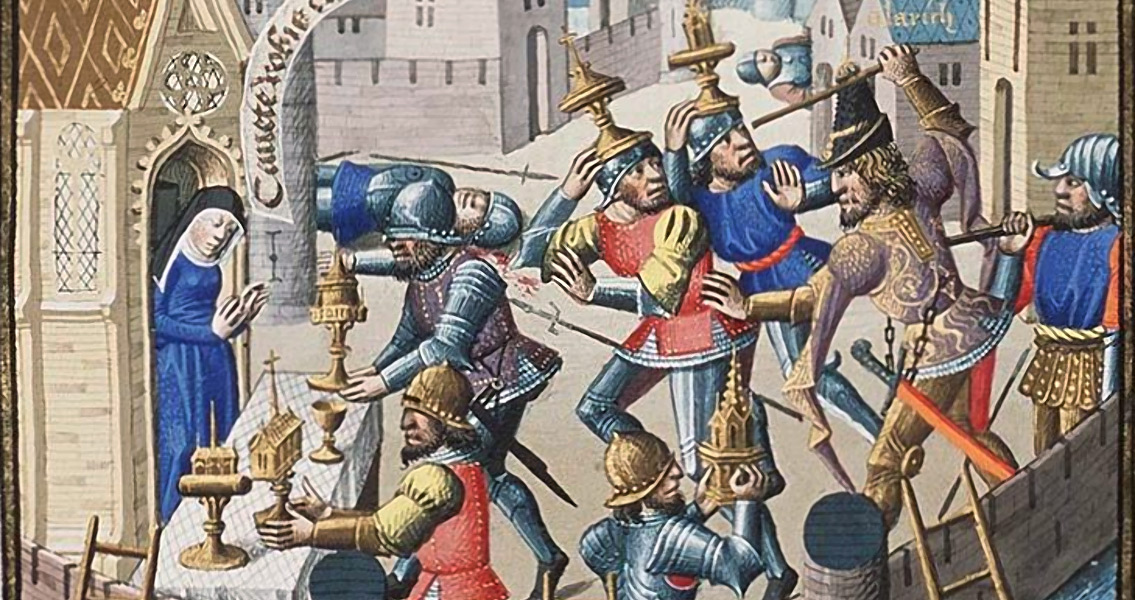 The Origin and Deeds of the Goths. Then the slaves returned the river to its original course and were killed in order to keep the location of the grave a secret. The famed treasure that went into the tomb with the Visigoth king is believed to be a few tonnes of gold and silver as well as the Menorah from the Second Temple, looted by the Romans from Jerusalem in 70 CE, the Telegraph reports. Given the size of the treasure it’s hardly surprising that many have tried to find it, including Hitler, who tasked Heinrich Himmler with the discovery. Given the supposed location, it’s also hardly surprising that nobody has found the treasure yet. No search until now, however, has had the support of the local authorities or the technical means to examine the riverbed. Commenting on the project in a statement quoted by the Telegraph, Cosenza’ mayor Mario Occhiuto said that there are clues and historical records that confirm the location of the treasure in the tomb of Alaric. The team of archaeologists assigned to the project will have “the latest technical and scientific innovations” at their disposal to find the gold and silver. If the search is successful, it will greatly increase the tourist attractiveness of Cosenza, which, like many other cities in southern Italy, is experiencing serious economic troubles, the Telegraph notes. Yet, the enthusiasm is not unanimous and there are some more cautious voices. One such voice is that of a Mediaeval historian from Calabria University, Pietro De Leo, who told Corierre della Sera that although there can be little doubt as to the location of Alaric’s grave, it is unlikely that the tomb contains any precious metals or artefacts from Roman times. In addition to the excavation works, the project, which aims to commemorate the Goth chieftain, also involves the construction of a museum, something that has sparked opposition from some local historians who claim this would be a humiliation because of Alaric’s record in Italy. The Visigoths overran Rome within three days and then moved south with the ultimate aim of reaching Africa. Their king, however, died in Calabria later the same year and the conquest plans fell through. Cosenza’s mayor dismissed the negative remarks with the argument that Alaric was an important historical figure that played a part in the demise of the Roman empire and as such deserved the attention he is getting with this project. Image courtesy of Wikimedia Commons user: Maitre Francois ]]>